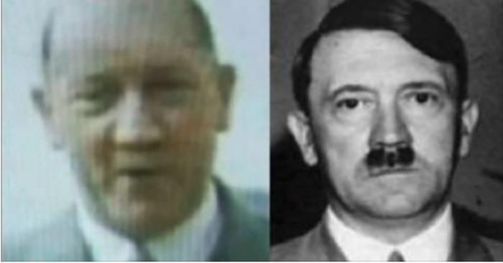 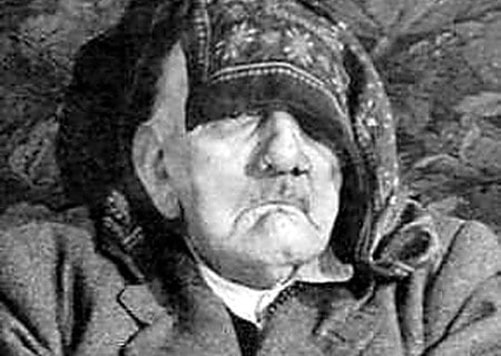 ​He lived in Argentina in the House Below in La Falda, Petagonia.

A treasure trove of documents released by the FBI includes hundreds of unsubstantiated reports claiming that Adolf Hitler faked suicide and escaped to South America.

Files released by the FBI prove that Adolf Hitler escaped Germany for Argentina.ORI
GIN
In May 2016, a web site called AnonHQ published a shocking story about Adolf Hitler: apparently the FBI had finally admitted, at long last, that the Nazi leader had not only fled to South America at the end of World War II, but that he had lived out his last years there in peace before finally dying of old age:
​
The FBI.gov website reveals the government knew Hitler was alive and well, and living in the Andes Mountains long after World War II had ended.

The world has been told for the last 70 years that on April 30 1945, Adolf Hitler committed suicide in his underground bunker. His body was discovered and identified by the Soviets before being taken back to Russia. Is it possible that the Soviets lied all this time, and that history was rewritten?

With the release of these FBI documents, it certainly seems that the most notorious leader in history escaped Germany and lived a peaceful life in the foothills of the Andes Mountains in South America.
The story was permeated with links to official-looking documents and other stories, giving it an convincingly authoritative sheen.

However, the links that led to the most “damning” FBI pages turned up a collection of letters, newspaper clippings, and first-, second-, and third-hand accounts that had been gathered over a period of several years after the end of World War II.

The first letter in the collection referred to a man who contacted the now-defunct Los Angeles Examiner through a friend of a friend, claiming to have proof of Hitler’s dramatic escape by submarine (the names in the scanned documents were blacked out):

[Redacted] disclosed to [redacted] that he wished to find some high government official who would guarantee him immunity from being sent back to Argentina if he told him the following information. According to [redacted] he was one of four men who met HITLER and his party when they landed
from two submarines in Argentina approximately two and one-half weeks after the fall of Berlin….

Alas, when the reporter tried to follow up with the source, he was unable to find him again. Additionally, police and Immigration and Naturalization Services were unable to match the man’s name with any records. The existence of this document in FBI records demonstrates nothing beyond the fact that the agency was obligated to follow up all such leads reported to them in the immediate post-war era, no matter how far-fetched they might seem.

Another site turned up a purported photograph of Hitler (by then supposedly calling himself Adolf Liepzig, because apparently he didn’t have the wherewithal to figure out that he should use a different name) posing with his girlfriend (supposedly named “Cutinga”) not long before he died of old age in 1986:

Of course, the photograph is old and grainy, making it impossible to identify any significant facial features of the persons pictured in it.  However, the picture is taken as solid evidence of Hitler’s escape by Simoni Renee Guerrerio Dias, a student from Brazil who coincidentally discovered the photograph at around the same time she was trying to sell her book about Hitler.

Other documents recorded reports of similar sightings that all ultimately led to dead ends, and the collection demonstrates that the FBI actively investigated such leads for several years.  Of course, the fact that the agency never turned up anything isn’t taken as evidence that there was nothing to find by the most conspiracy-minded denizens of the internet, but rather that the FBI was complicit in Hitler’s escape:

Even with a detailed physical description and directions the FBI still did not follow up on these new leads. Even with evidence placing the German sub U-530 on the Argentinian coast shortly before finally surrounding, and plenty of eye witness accounts of German official being dropped off, no one investigated.
​
Although there is nothing to be found in the AnonHQ article or the FBI files that comes close to contradicting the standard understanding that Hitler died by his own hand in his Berlin bunker in the closing days of World War II, these documents do highlight the fact that the types of people who forward patently fake e-mails or write hoax articles just to garner web traffic have indubitably existed in one form or another since at least the 1940s. 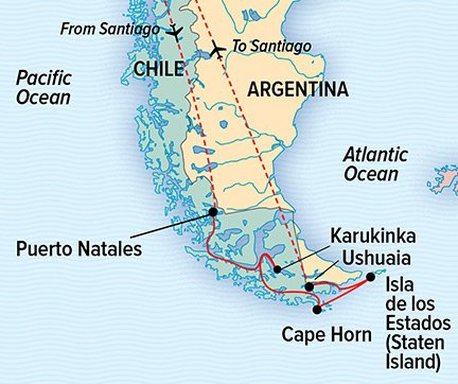 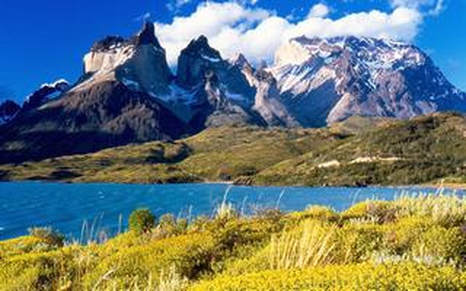 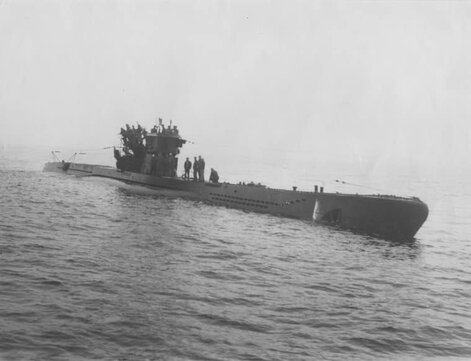 U-977 - one of two German U Boats to arrive in Argentina in 1945Perhaps what stands out most about the ‘unofficial’ version of Hitler’s final years, is not how fantastical the claims may appear, but that the details and fates of the assorted characters differ so greatly from the ‘official’ version.

Various alternate timelines have been proposed since 1945, some more comprehensive than others. With a string of otherwise unknown authors stepping up to the plate to swing at one of the greatest mysteries of the 20th century: among them Ladislao Szabo, a journalist from Buenos Aires and author of ‘Hitler Lives’, Jeff Kristenssen, author of ‘Hitler Died In Argentina: Operation Patagonia’, and Patrick S. Burnside, author of ‘The Escape of Hitler’.

It is noteworthy, perhaps, that those three books are available almost exclusively in Spanish.
Most recently in 2011, the work ‘Grey Wolf: The Escape of Adolf Hitler’ was published and received international attention, challenging conventional understanding of the Nazi leader’s fate.

The combined work of two authors, Simon Dunstan and Gerrard Williams, the book details the dramatic exploits of an extensive cast of characters in ensuring Hitler’s escape and safekeeping. And stands in complete contrast to the narrative commonly agreed upon by almost all other experts in the field.

A compendium of exceptional claims seamlessly stitched together with more conventionally agreed-upon events.

A declassified FBI file referencing Adolf Hitler's supposed escape, from September 1945Dunstan and William’s timeline sees Hitler with Reichsleiter Bormann, Gestapo-chief Heinrich Müller, and Hitler’s brother-in-law Fegelein, residing in a Patagonian paradise reminiscent of southern Germany and the Bavarian mountains. Peacefully retired in the Argentinian town of San Carlos de Bariloche, mere statistics among the millions of other Germans who would come to call the South American country home.
​
Eva Hitler playing a starring role, shooting Rolleiflex as court photographer while entertaining her daughters – who had been shipped to Argentina in the 1930s. Hitler relaxing in peaceful exile until dying of natural causes in February 1962.
🌸 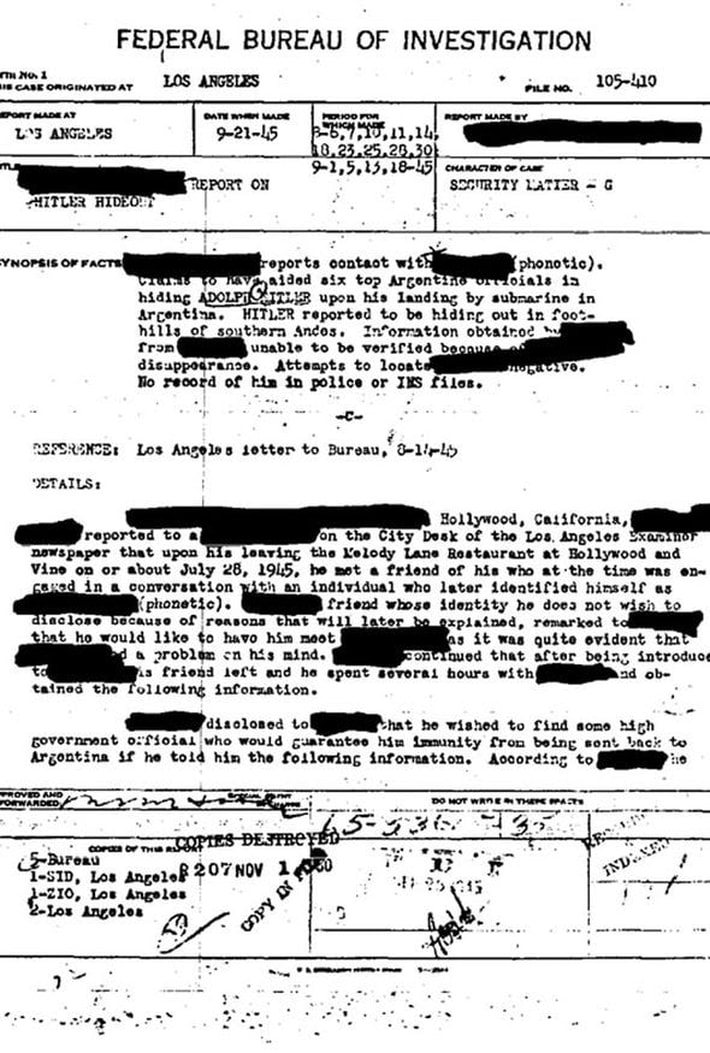