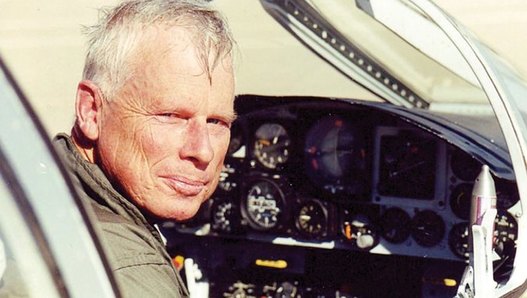 Join my friend JEREMY KENYON LOCKYER CORBELL on a journey to explore the EXTRAORDINARY BELIEFS of...
Read more...

To learn more about the film on John, go check out www.ImmaculateDeception.com
Read more...

Here is the photo of the DEM (Digital Elevation Module) covering the Papoose Lake Area.

Listen to John’s recent interview about many of his life experiences.
Read more...

Listen to John’s recent interview on Coast to Coast from March 31st, 2012.

I am searching for the truth. I do not claim to know the truth. My message is to try and live your...
Read more...

Here is a three-part indepth interview done with John in 2010. He discusses a variety of topics,...
Read more...

Here is a four-part interview done with John in 2008. He discusses a variety of topics, situations...
Read more...

John has been on Coast2CoastAM radio a number of times. Here you can listen to the infamous “John...

John gave this summary of his career to the Quiet Birdman Association in Las Vegas in 2004. 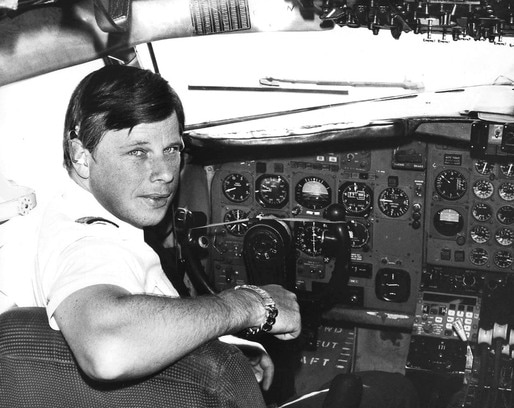 John Lear is a retired airline captain and former CIA pilot, as well as the son of the famous inventor of the Lear Jet. He is a former Lockheed L-1011 Captain and is highly regarded in aviation circles.

He has flown over 150 aircraft and has earned every certificate granted
by the Federal Aviation Administration.

During the late 1980s and early 1990s, John began coming forward with some startling revelations concerning the subject of aerial phenomena and Unidentified Flying Objects.

John Lear, a former Captain for several different major Airlines has flown over 160 different types of aircraft in over 50 different countries.

He holds 17 world speed records in the Lear Jet and is the only pilot ever to hold every Airman certificate issued by the Federal Aviation Administration.

Mr. Lear has flown missions worldwide for the CIA and other government agencies.

​A former Nevada State Senator candidate, he is the son of William P. Lear, designer of the Lear Jet. 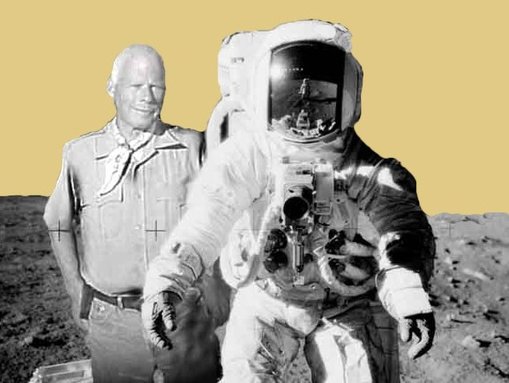 I went back to interview John Lear who has been an old favorite interview of
Project Camelot's audience.

He has had some health issues but is still going strong and wanted to talk all night!
This is the first of three parts...

Brief Bio: John Lear is a retired airline captain and former CIA pilot, as well
as the son of the famous inventor of the Lear Jet.

He is a former Lockheed L-1011 Captain and is highly regarded in aviation circles. He has flown over 150 aircraft and has earned every certificate granted by the Federal Aviation Administration.

John also held 18 world speed records and has worked for 28 different Aircraft Corporations. During the late 1980s and early 1990s,

In this part we review the maps of Area 51 and the underground/undersea entrances
and track the route of the Maglev trains.

John also talks about some amazing and frightening incidents associated with his grandchildren.

He goes over a laundry list of misconceptions out there on famous incidents and
​we compare notes on what I have versus what he has....

In this part John Lear and I compare notes on multiple topics
we have both investigated over the years.

We deal with Dulce, Flight 370 and MH17 and John's reaction to the ground breaking
​Mark Richards info about Vietnam. This is the best of the three!

See More Videos at the End of this Page

A Collection of Theories and Facts

Operations Command PostIn a freak coincidence. At 6:30 am October 7, 2009, Bill Penn of California was watching the moon through his reflector and saw a city in full view in Endymion. He grabbed a pen and paper and started sketching what he could see.
A week or so later Bill brought the drawings to Las Vegas and we compared them with the moon photos shot by Mike Deegan from the UK.

We then had Allan Sturm of lunomaly.com make transition video between Mike Deegans photo and Bill Penns sketch of what he saw drawn directly
on Mike’s photo..

We know that most of the near side of the moon is hidden by holographic or other kinds of camouflage measures. Somehow at 5:30 am on October 7 the camouflage became inoperable or was turned off for a  short time giving us a view of what is really up there.

Click on image for rest of story and video

New Posts
We are currently working on reorganizing this menu.
The following items are new additions from TheRealJohnLear.com, a site that is no longer under Johns control
Special Features
9/11 Issues
Older News Article
Causes:
Video and Radio Interviews: Update Pending
Photo Gallery
John's Topics of Interest
.
"Now about those black leather shoes..."

John's Older ATS Forums
.
"Copernicus - Under Saffron Skies"Lunar Topics:
ATS: John Lear's Moon Pictures on ATS
ATS: Lunar Strip Mine in John Lear's Moon Photos??
ATS: Revealed for the First Time Color Images of the Moon from Clementine Satellite
ATS: Secret Apollo Astronauts
ATS: Hoagland's Android Head on Moon
ATS: Photo of an ET on the moon???
ATS: Secret Bases On The Moon
ATS: Apollo 17 Taurus-Littrow modified image?
Questions for John Lear:
ATS: Questions for John Lear
ATS: John Lear- Is this you?
ATS: Question for John
ATS: John Lear and George Noory C2C Tonight
ATS: John Lear On Coast to Coast Wednesday
ATS: Question for John Lear and Sleeper
Dulce Facility:
ATS: To John Lear-Existence of the Dulce Facility
ATS: Inside Dulce 5th level blood lab photo
ATS: Phil Schnider Debunked! I'm tired of the lies!
ATS: Does John Lear have 4x6 photos of Dulce?
ATS: Where did the Dulce Story come from?
ATS: Dulce Underground Base Alien War Question
ATS: The Dulce people
Area 51:
ATS: Area 51 and the mystery base at Groom Lake! (an open research experiment)
ATS: Tonopah - Area 51
ATS: Pictures from Inside Groom Lake
ATS: local teenage prodigy taken to Area 51
ATS: The strange behavior of Bob Lazar (alleged former Area 51
ATS: My professor works for Area 51???
ATS: Other installations other than 51?
Sandia Facility:
ATS: Sandia secret base: Does it really exist?
Black Projects:
ATS: Does the Aurora spyplane exist?
ATS: The F-117 Instrument Panel Conspiracy
UFO's and ET's:
ATS: I’m coming clean on Extraterrestrials
ATS: John Lear's theory regarding the "Soul Collector"
ATS: Is sleeper genuine?
ATS: Contact With Extraterrestrials
ATS: Stargates are real
ATS: Forced Disclosure - Project 2.0
ATS: Ok, so if we did have disclosure and it wasn't what you planned
Political Conspiracy:
ATS: A boeing 757 did hit the two towers
ATS: Too late to stop Iranian nuclear bomb
ATS: Iran's Top Nuclear Scientist Dies
ATS: 4 Americans Shot in the Back of Head After Copter Crashes
ATS: Explosive information on the Pentagon to be released soon
ATS: Hey what do you think of the USO topic
ATS: ATS mingling ufo's and 911
Miscellaneous Topics:
ATS: Who else is tired of this hollow earth nonsense?
ATS: "How can someone prove to you they have time traveled?"
ATS: If you had a fleet of a billion or more craft...? 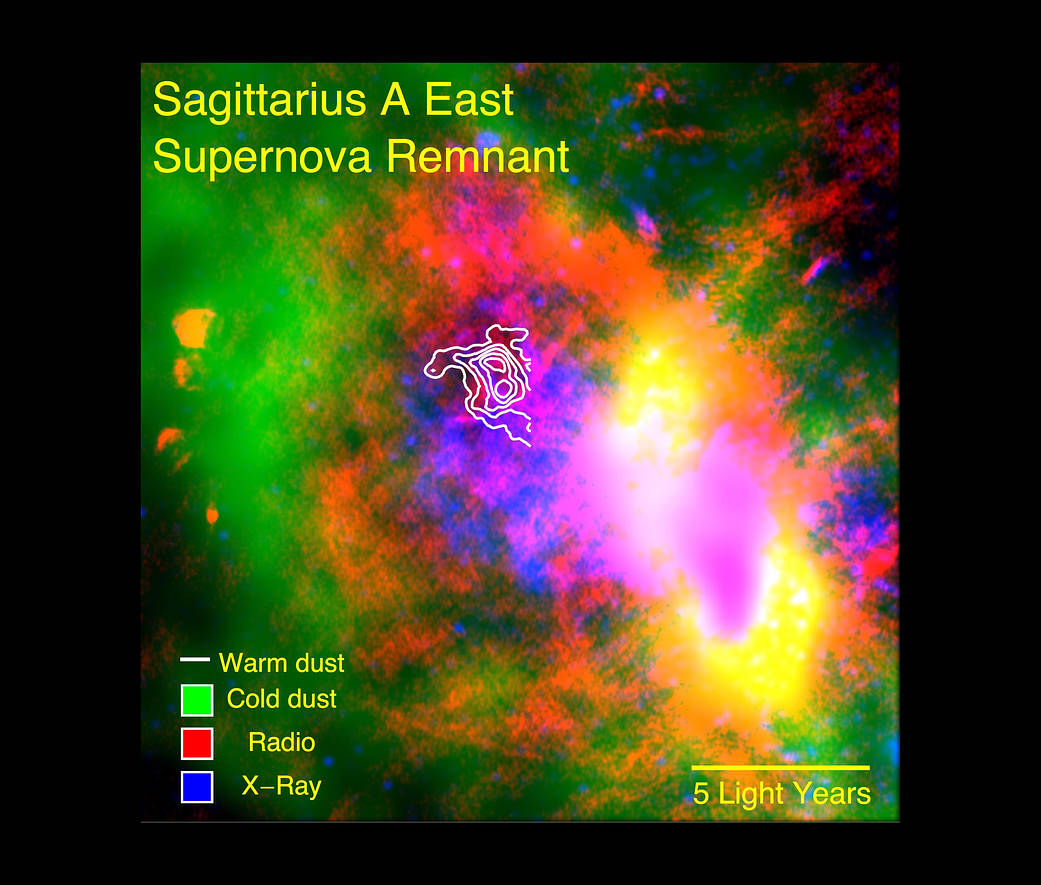