Coast to Coast / 1. Hour
Coast to Coast / 2. Hour
This was extracted from https://www.youtube.com/watch?v=ZtiCl... / 15 Minutes Only
http://exopolitics.blogs.com
WATCH COAST TO COAST INTERVIEW

2016 ENDORSEMENT ON YOU TUBE

Webre, a former constitutional law professor, has filed an appeal with Facebook.

Facebook's action at about 1:00 AM PST on Saturday Nov. 28, 2015 came less than 2 hours after Webre endorsed fellow attorney and former DARPA and CIA chrononaut Andrew D. Basiago for US

​President in 2016 - www.Andy2016.com - before millions of listeners on Coast to Coast AM radio show hosted by Jimmy Church.

The radio show was to launch Webre's new book on THE OMNIVERSE.

Webre has launched an appeal with Facebook pending other possible legal action.

I believe this ruling is in error for the following reasons:

3. Facebook's action is arbitrary and capricious and has no objective basis in law or in fact

Facebook's action is a violation of its terms of service in that it unduly restricts my range of activities as a member arbitrarily, capriciously, and without cause

4. Facebook violates its own terms of service by this action by violating the rights of members of groups of which I am a member to receive, evaluate and consider

5. None of the information in my posts can reasonably be considered as "unsafe" or making Facebook or its members "unsafe" or threatening the safety or well being of the members of groups I belong to and post in.

6. All of the information I post is lawful, and is protected by the First Amendment to the US constitution and Facebook as a common carrier and publisher of such information for a profit must abide by consitutional standards.

7. Facebook has undertaken this action in order to favor the political candidates of the Republican and Democratic parties and in retaliation to my endorsement in Facebook groups of independent candidate Andrew D. Basiago for US President in 2016, thereby violating federal law as a common carrier of public information on the Internet.

8. This appeal is filed without prejudice to any actions filed against Facebook for violations of proprietary membership rights, civil rights, and damages.

Webre urged readers and listeners to undertake one or more of three actions:

Transdimensional Intelligence, Time Travel, the Afterlife, and the Secret Colony on Mars 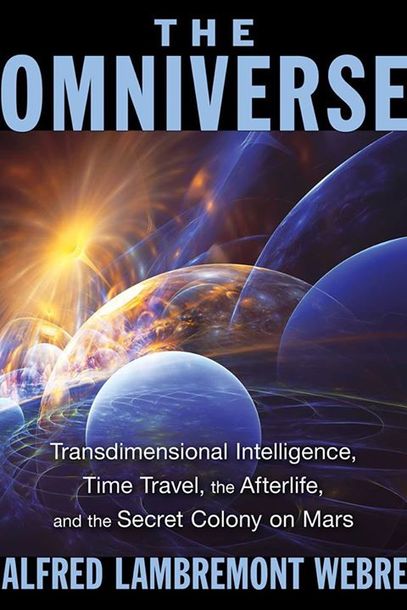