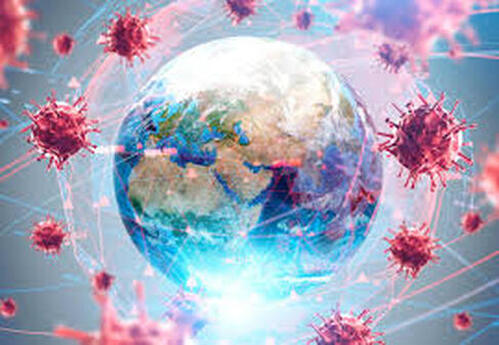 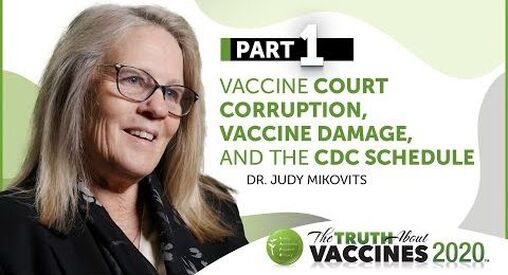 The Video is Back AGAIN

​Can Be Seen Here Too

The Above Video is Very Educational

Dr. Barke is a family practice physician based in Newport Beach, California,

spoke out recently on the COVID-19 rules during a rally in Riverside, California.
The rally was held on May 5, 2020.

Within The NEXT Few Weeks Dr Rashid A Buttar - YouTube

We live in a free country… at least that’s what we’re fighting for.
If you can’t see that fundamental component and you think you are being protected
​by social distancing and wearing a face ...

Is Our Own RNA – Not a Virus

... They are testing for RNA. Look up how the coronavirus tests work.
RNA is ribonucleic acid, a nucleic acid present in all living cells.

Its principal role is to act as a messenger carrying instructions
from DNA for controlling the synthesis of proteins,
although in some viruses RNA rather than DNA carries the genetic information.

So basically anyone who tests for COVID-19 will get a positive if the test results say “yes”
and you have symptoms.

Every test will come back positive as what they are looking for is already in us since birth.

If you don’t have symptoms, then they will say the results are negative.
The virus will leave and not be heard of again for another ...?... years when they need another “coronavirus” pandemic to control the population.


As His Predictive Model

She has published 51 scientific papers in peer-reviewed journals
and was a Postdoctoral Scholar in Molecular Virology at the Laboratory of Genomic Diversity, National Cancer Institute.

'She has also been a target of Dr. Anthony Fauci twice, however recently the tables have turned
​and sights are on Fauci as his motives and miscalculations could be exposed on a global stage.

Today we investigate just how many bodies lie in the wake of his rise
to the top of the National Institute of Health.

Must ​Read the Above Link 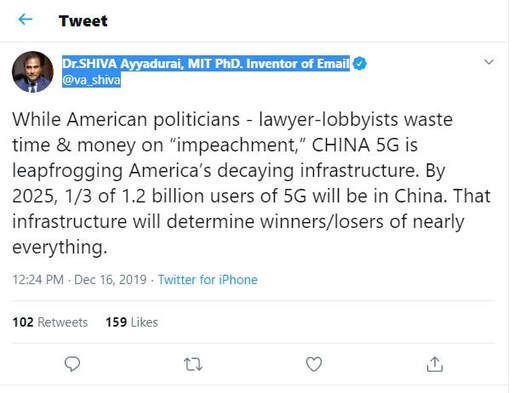 WE HAVE NEVER HEARD ABOUT THIS……

Dr. Andrew Kaufman, M.D. certified in Forensic Psychiatry and a published researcher in medical journals explains his findings on viruses and their transmission. He cites details of studies in which tissue and fluids from sick people were inserted into and on other people’s bodies, yet transmission did not occur.

The doctor comments on a previous interview with RFB with Dr. Kettner, an epidemiologist, whose objective analysis of the data yields 1 in 20,000 deaths in Hubei Province from the virus.

Dr. Kaufman extrapolated those mortality numbers to the entire human population and concluded that this would result in only 15,000 death in the United States.In a recent bad flu season of 2017-18 there were 80,000 deaths annually from influenza.

Even the photo of the coronavirus is a made-up graphic, and there is no microscopic picture of any actual coronavirus, unlike the other viruses.
Richie tells a story when a nurse in his family gave the other family members flu shots, and everyone got sick, with his grandmother getting paralyzed for life.

If you get a flu vaccine for 3 consecutive years, your chances of getting the flu increases.

Iinformation from Centers for Disease Control, CDC and WHO, World Health Organizaion
According to the chart, there were 11,400 worldwide deaths from COVID-19 on March 20, 2020. As of Feb 3, 2020, there were 20,000 deaths from the flu. Above COVID – 19 on the chart, let’s look at the Hong Kong flu, which had a death toll of 1 million. It would be interesting to see what measures were taken at that time.

The Swine Flu of 2009-10, there was absolutely no panic, and there were 200,000 dead. There was no financial collapse, and no quarantines.However, a law was passed in Massachusetts right after the Swine Flu that declared that says they can can enter your property  and force vaccinate and quarantine.

There’s no conclusive evidence that a virus causes disease in humans. Does everyone get sick in a family at the same time? Dr. Tom Cowan, another physician, The Invisible Rainbow, explains the theory that these pandemic diseases may be caused by electromagnetism. He asserts that since 1918, pandemics seem to coincide with leaps in the electrification of the earth.

Dr. Cowan states that the proper tests to determine the virus have not been done and that they are only using a “surrogate test”. (Minute 22:00)

“We are told this is a unique, novel virus that has a unique component of RNA, but if you accentuate it and put it through 60 cycles…everybody is positive. (Minute 24:00)Here you have this whacky situation where you’re using a surrogate test that’s not standardized, against the gold standard because they didn’t do, and it makes the whole thing unusable for diagnostic purposes.

The next problem is, you say you are only going to do 37 cycles, you will get a lot of false negatives. If you do it 42 cycles, you have about a 3% false positive rate. All biological tests have false positives.

If you test 20 million people and the false positive rate is 1%, which is low…now you have 200,000 people who just tested positive, and you have an epidemic.”Listen to the doctor explain this more on this radio show here.

Richie interjects that the theory that all the deaths are from 5G, but that there aren’t “all these deaths”. He says that the 5G isn’t causing this coronavirus.

The doctor goes on to explain that in 1918, right after the Spanish Flu, the US Public Health service wanted to understand how it spread. They conducted studies with 100 healthy subjects and others who were sick with the flu. They took snot out of their nose, plus material they coughed up, and mixed it up with a solution, and inserted it in their nose, throat and eyeballs of the healthy subjects.
Not one person got sick. They then injected it into the healthy subjects. No one got sick.

Then they had a sick person and a well person sit together, talk and breathe on each other and get very close together without touching. After this, no one got sick with the influenza. They did a similar study with horses. They put bags over the sick horses’ heads and then put the horses’ food in the bags and fed it to healthy horses. No horses got sick. 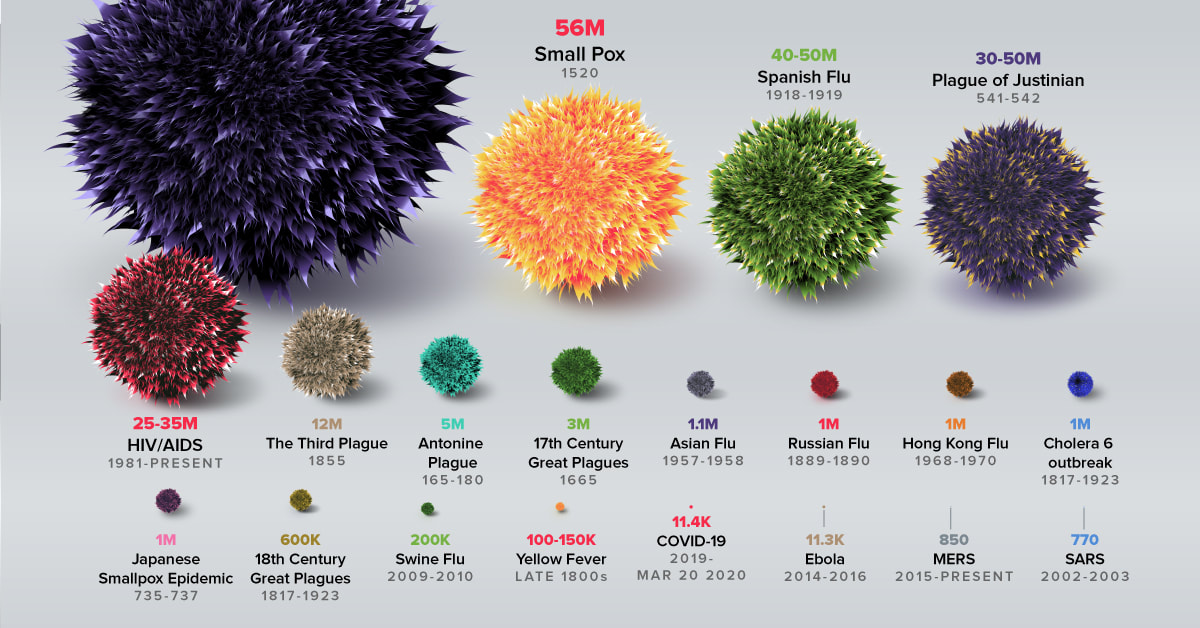 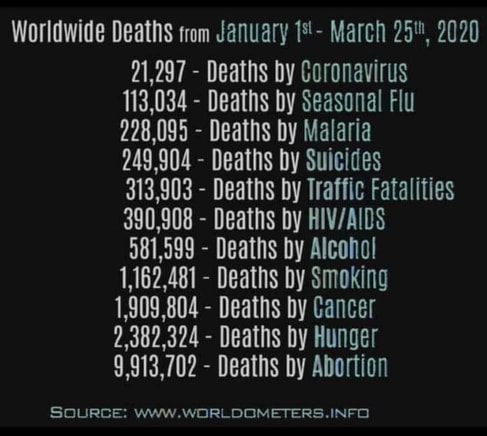 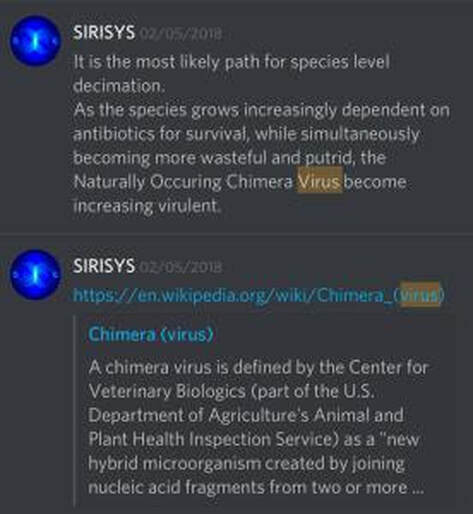 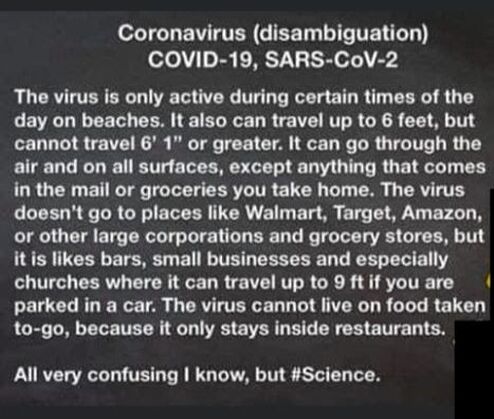 Covid conspiracy and word depopulation numbers for 2017 and 2025

How to Copy Videos

About the Coming Film

​  🌸
Humanity is imprisoned by a killer pandemic. People are being arrested for surfing in the ocean and meditating in nature.

Nations are collapsing. Hungry citizens are rioting for food. The media has generated so much confusion and fear that people are begging for salvation in a syringe.

Anyone who refuses to be injected with experimental poisons will be prohibited from travel, education and work. No, this is not a synopsis for a new horror movie. This is our current reality.

Let’s back up to address how we got here...

In the early 1900s, America’s first Billionaire, John D. Rockefeller bought a German pharmaceutical company that would later assist Hitler to implement his eugenics-based vision by manufacturing chemicals and poisons for war.

Rockefeller wanted to eliminate the competitors of Western medicine, so he submitted a report to Congress declaring that there were too many doctors and medical schools in America, and that all natural healing modalities were unscientific quackery. Rockefeller called for the standardization of medical education, whereby only his organization be allowed to grant medical school licenses in the US.

And so began the practice of immune suppressive, synthetic and toxic drugs. Once people had become dependent on this new system and the addictive drugs it provided, the system switched to a paid program, creating lifelong customers for the Rockefellers.

Currently, medical error is the third leading cause of death in the US. Rockefeller’s secret weapon to success was the strategy known as, “problem-reaction-solution.” Create a problem, escalate fear, then offer a pre-planned solution. Sound familiar?

They named it COVID19. Our leaders of world health predicted millions would die. The National Guard was deployed. Makeshift hospitals were erected to care for a massive overflow of patients. Mass graves were dug.

Terrifying news reports had people everywhere seeking shelter to avoid contact. The plan was unfolding with diabolical precision, but the masters of the Pandemic underestimated one thing... the people. Medical professionals and every-day citizens are sharing critical information online.

The overlords of big tech have ordered all dissenting voices to be silenced and banned, but they are too late. The slumbering masses are awake and aware that something is not right. Quarantine has provided the missing element: time. Suddenly, our overworked citizenry has ample time to research and investigate for themselves. Once you see, you can’t unsee.

The window of opportunity is open like never before. For the first time in human history, we have the world’s attention.

Plandemic will expose the scientific and political elite who run the scam that is our global health system, while laying out a new plan; a plan that allows all of humanity to reconnect with healing forces of nature. 2020 is the code for perfect vision. It is also the year that will go down in history as the moment we finally opened our eyes.

At the end of the day today as it stands, we have data, right? I think what's happened is we were trying to do some things to prevent a potential possibility because if you remember the original model which was out of John Hopkins hospital systems was showing that we were going to be 1 to 2 million deaths in the U.S by this point. That obviously has not happened.

The models said that if we would shelter in place, we could flatten the curve and we could not overwhelm the hospitals and we could save lives. And if we did those things all would be well and we could get through this. But what's actually ended up happening now is you've got money incentivization to hospitals.

You've got the shelter in place that will never end. When is this going end? Because now what's happened is in the name of saving lives, right? By flattening the curve, what have we actually done? I said this last week, that the suicide rate in Tennessee in one county was greater than the quantity of COVID-19 deaths. And, and so when does the shelter in place end and who are we really saving?

a family practice physician based in Newport Beach, California, spoke out recently on the COVID-19 rules during a rally in Riverside, California.  The rally was held on May 5, 2020.
Dr. Barke represents thousands of physicians like him that are being silenced by Big Tech, YouTube, Facebook, the liberal mainstream media and so-called government experts.

What if the experts are wrong.  What if quarantining the healthy doesn’t actually save lives.
What if wearing a mask in public is not effective. My name is Dr. Jeff Barke and I’m here representing thousands of physicians across the country whose voices are being silenced because we don’t agree with the mainstream media and the experts who are telling us what to do.  Never in the history of this great republic have we quarantined the healthy.

Never in the history of this great republic did we tell churchgoers that it’s illegal for you to exercise your First Amendment right of freedom of religion yet at the same time it’s essential to keep pot dispensaries open.

It’s good to hear practicing physicians push back against the very questionable policies pushed by elitist doctors based on garbage models.

COMPLETE FRAUD — To Persuade President Trump to Lock Down Entire US Economy!

Today we have 20.5 million Americans unemployed because America’s top

Thank you, Dr. Barke for speaking out. 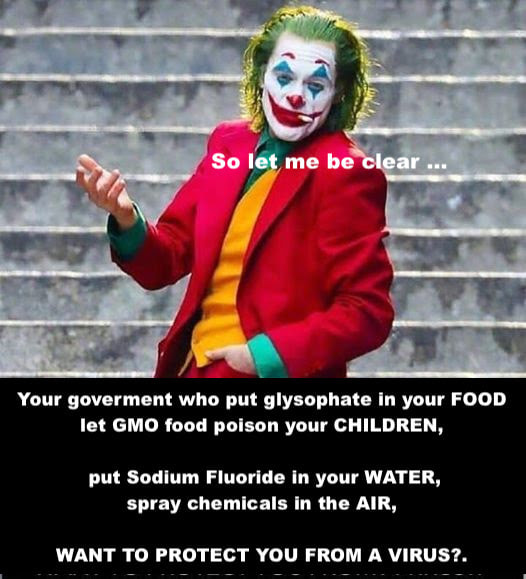