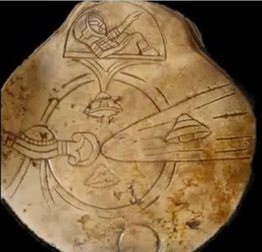 The Maya civilization shares many features with other Mesoamerican civilizations due to the high degree of interaction and cultural diffusion that characterized the region. Advances such as writing, epigraphy, and the calendar did not originate with the Maya; however, their civilization fully developed them. Maya influence can be detected in Honduras, Belize, Guatemala, and western El Salvador to as far away as central Mexico, more than 1,000 km (620 mi) from the central Maya area. The many outside influences found in Maya art and architecture are thought to have resulted from trade and cultural exchange rather than direct external conquest.

The Maya peoples survived the Classic period collapse and the arrival of the Spanish conquistadors and sixteenth-century Spanish colonization of the Americas. Today, the Maya and their descendants form sizable populations throughout the Maya area; they maintain a distinctive set of traditions and beliefs resulting from the merger of pre-Columbian and post-Conquest ideas and cultures. Millions of people speak Mayan languages today. In 2005 the Rabinal Achí, a play written in the Achi language, was declared a Masterpiece of the Oral and Intangible Heritage of Humanity by UNESCO. -WikiPedia