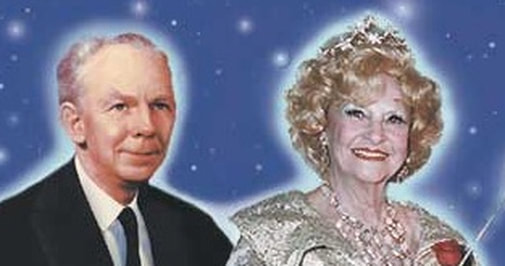 The UNARIUS Academy of Science, founded in 1954 by cosmic visionaries

is a nonprofit educational foundation.
​
As a spiritual school the Academy offers a comprehensive curriculum of self-mastery,
based on the interdimensional understanding of energy—the joining of science and spirit. 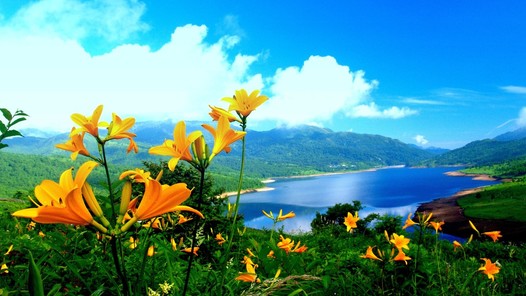 "If the people of the earth are obliterated from their planet in a future day,
it shall not be from the atom bomb or its use,

but rather from the destructive purposes of spiritual malnutrition from which man will separate himself so completely from the idea consciousness of the creative elements of God.
​
He will obliterate himself from the face of the earth. However, do not take this as a prophecy.
It is a danger but one which is likely to pass; and I can truthfully say that it will pass to a large extent and a large degree.

But we must remember that in passing will also be the passing of hundreds of millions of lustful individuals who are now attempting to live in these material dimensions with the idea consciousness of self as the predominating and most motivating power which seems to give rise to their existence.

These selfish individuals will be replaced by the God-loving and man-loving individuals of the future who will understand the true nature of man and his affinity to the God Force and to the higher purposes of life; man,

​ through his numerous cycles, is so struggling to achieve this continuity with the true spiritual expressions of his inward self."

Excerpt from The Voice of UNARIUS. 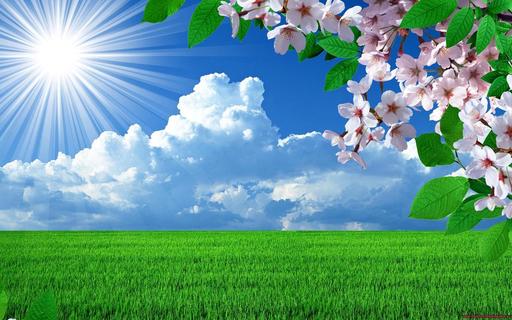 Blending of Science and Spirit

Unariun Wisdom is not associated in any way

If we are to become recipients of new truths, then these things must be combined measure for measure with wisdom which gives us the power of reception, so we shall not be as stony ground when the sower passes our way.

Nor shall we harbor the seeds of tares which, when like the teeth of the dragon were planted,
grew to warriors, for our tares too, are watered with the venom of hatred and leave corrosive acid
of reactionaryism, and will rise, clothed in the armor of narrow-mindedness – a garden full of dragons and sporting place of devils.

Contrary to general belief, neither money, war, atom bombs, nor women, are the root of evil, for the parent of all evil is reactionaryism.

In this, each person becomes his own Judas and sells himself, not for silver
but for some emotional outburst which makes him captive and nails him to his own cross –
a cross upon which he has hung his own epitaph, which reads, 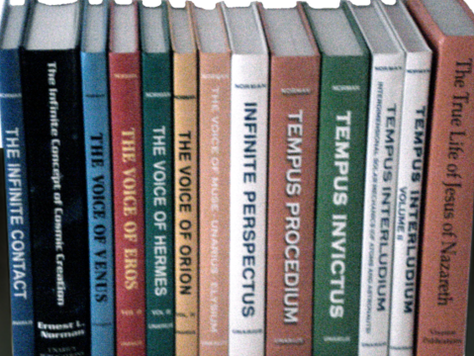 dedicated to the discussion

and study of the works of Dr. Ernest L. Norman.

“To attempt to describe the UN.AR.I.U.S. Science would be like trying to place all the visible and invisible universes into the proverbial goldfish bowl, for this Science does encompass all known and unknown elements and factors of life and the creative principles which make all things possible.

For practical purposes, however and inasmuch as any person would be completely overwhelmed with even a glimpse into the Infinite Cosmos, he must therefore begin – as Kung Fu said: This long journey into Infinity begins with the first step – and this first step is the teaching course of UN.AR.I.U.S. Science.

It must be properly understood that unlike all other existing religions, cultisms, philosophies, metaphysics and so-called mind sciences, et cetera, the Unariun teachings is an exact science. In our present day electronic and atomic technocracy, the man of science has struck many close parallels with the basic principles of life.

The student is indoctrinated in simple understandable language accompanied by diagrams with an introduction into these existing sciences and the true creation of man will be presented from these elements. Incidentally, these concepts, unlike any other existing religion, will make the Unariun teachings acceptable to our present and future scientific dispensations.

Among the numerous aspects portrayed throughout the study course is a full and complete discourse which relates man in his evolutionary process through many lifetimes to the true basic causations of all incurable diseases, their attendant obsessions and their cures as well as various other psychological concepts which involve certain known and existing psychosomatic therapies.

Other teachings included will be discussions of spacecraft, flying saucers, the dark forces and underworld organizations; astral and Celestial worlds and those living in these various dimensional worlds and their relationship to man; physical and spiritual astrophysics, self-corrective charts designed to help eliminate small frustrations before they grow into large neuroses.

These are but a few of a host of the subjects covered in the lesson series, and which are vital to your personal welfare. Included also are spiritual healing, the true meaning of Christ, the scientific principles of intercession – these are clearly explained.

You will, upon enrollment be placed within the Inner Circle of Light and a Healing Ray shall be constantly projected unto you to help sustain and fortify your first efforts in healing and correction until such near future time when you begin to participate actively with Universal Healing Agencies and become to a large degree, your own physician.

In reading from the numerous unsolicited testimonials of students who have had both great and lesser miracles happen in their lives since enrolling with the UN.AR.I.U.S. Science, as well as from our own personal lives, we would feel impelled to urge you to join the ever-swelling ranks of grateful pilgrims who are making their first step. However, we have repressed such feelings of urgencies for in the newly-acquired wisdom which we have gained since becoming Channels for the great

Spiritual Organization of the Unariun Brotherhood we know also that many other elements will enter into your decision: such as whether you are an old soul and have properly preconditioned for this great change; the amount of faith personally expressed in exchanging old thought patterns for new; your willingness to leave behind the illnesses, aberrations, et cetera, which are all reflexes from escape mechanisms and which are brought about by numerous unsolved deflations of the ego consciousness.

Like other exact sciences, UN.AR.I.U.S. cannot be learned overnight for this teaching is actually the new life you shall learn to live in the future Infinity yet ahead of you. What we now offer you is the actual way which will unlock the hidden door so that you may step through this door unto the spiraling pathway which will lead you into not only an immediate, happier future but one which will bring with the passing years and the coming lifetimes, ever-broadening horizons, greater abundance and security and that most highly-valued condiment – peace of mind.

Your personal millennium is here or at least it will be when you decide to enter into that thousand-year cycle of personal adjustment which will take place after you have learned the basic principles of life, which are contained in the Unariun liturgies. Those who waited too long have already condemned themselves to the astral underworlds and their attendant incarnations into lives of sin and disease.

As God is impersonal in our relationship to Him, He has thus placed the power of jurisdiction in your own hands and because you hold the scepter of life and wear the crown of Immortality, may it be that you will make the wisest of all decisions for you have long stood at the fork in the road awaiting that flickering glimmer of Light which will show you the True Path.

Yes the cock has crowed three times and the dawn will have arrived on the day when you will discard the old materialistic worlds with all their lustful implications, to lay aside like tattered garments the yesteryears, to clothe yourself in the new spiritual garments and to prepare yourself for the journey into Eternity.” – Ernest L. Norman 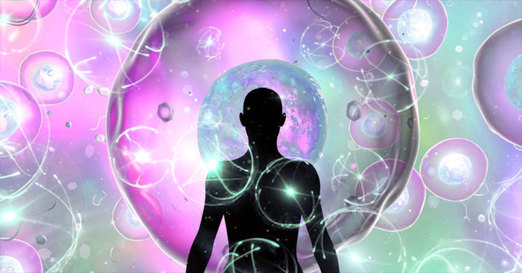 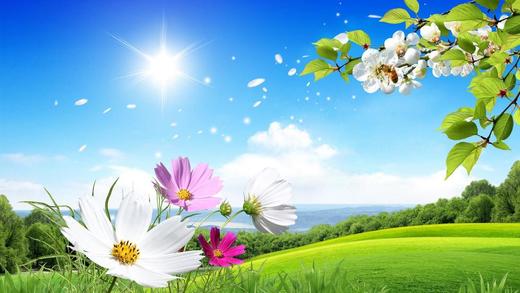 Other Links of Interest: 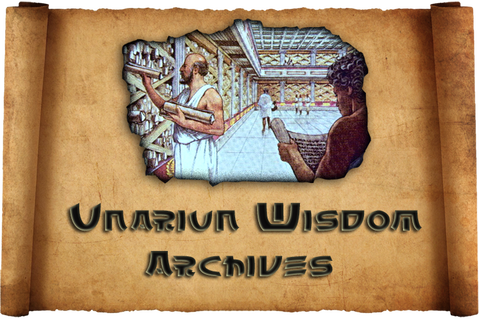 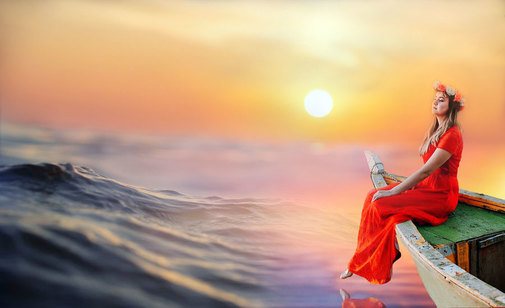 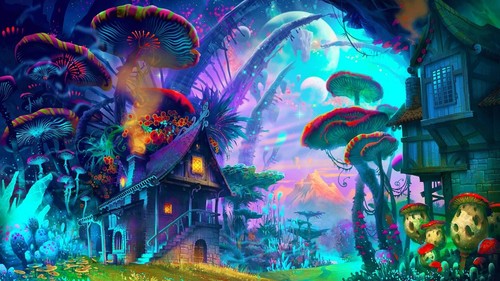