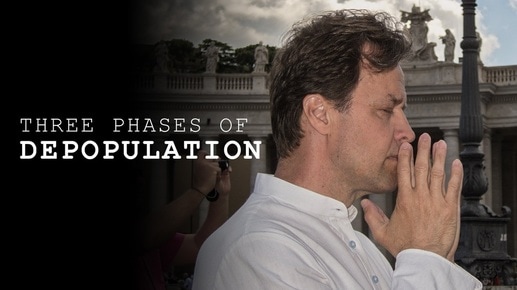 An extremely important information, that will help us to survive ...

A RADIO INTERVIEW with Kevin Galalae 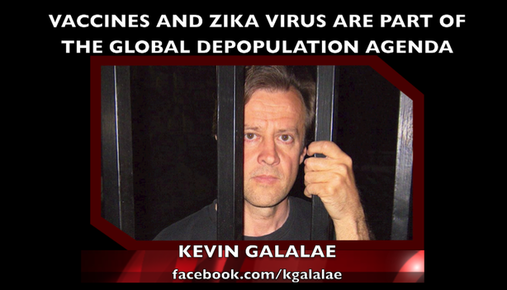 facebook.com / kgalalae
2016 Hunger Strike at the Vatican / 360 degrees view of the Pantheon on 17 April 2016
The author: Kevin Mugur Galalae / k.galalae@outlook.com
​
​Founder of: The People’s Protection Force Freedom in Education.org OMOBOS 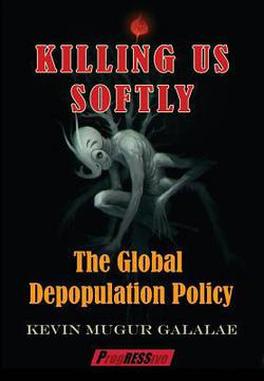 Regular readers of Activist Post are probably well aware that we have posted many articles highlighting the insidious nature of globalist plans for depopulation. To our knowledge, we haven’t presented any that reflect the information offered below.

Kevin Galalae has produced a well-written and thorough 100+ page historical account of the policies and methods of depopulation in various countries around the world. It is clearly his view that the covert means by which this is taking place is an affront to humanity. We absolutely agree.

We would be remiss not to mention, however, that Activist Post cannot agree with Kevin’s central tenet that overpopulation is a catastrophic certainty where there is no other option left but to embrace governmental solutions – even if it’s conducted in the most humane and open way possible. Simply because it is transparent does not mean it’s the correct path.

Rather, we believe that without the imposition of central planners humanity likely wouldn’t have reached its current level of “scarcity.” New technology (and especially the eradication of destructive corporate agriculture which impedes food production) holds much more promise toward humanity’s prosperity – even at increased population levels – than does more central planning and legislation.

​Nevertheless, we cede that this is an enormously complex issue, and one that demands the engagement of every one of us, otherwise we will be left to live with the decisions of others rather than our own individual self-determination. In that spirit, and in the spirit of information and debate, we leave it to the reader to determine the best path forward based on the many statistics Kevin provides in his book linked below. We look forward to your comments.

Since the end of the Second World War and with the formation of the United Nations in 1945, international peace and stability have been maintained by controlling population growth. Unbeknown to the masses, governments have used covert methods to limit births in developed and underdeveloped countries alike and to accelerate deaths in Africa and a few critically poor and overpopulated areas elsewhere.

The methods used by every country to control population growth have been dictated by the level of development and the existing infrastructure as much as by political will or lack thereof and have either been imposed by force and deception from the outside or adopted willingly by the governing, military and scientific elites of nation states that have relied on the moral, technical and monetary assistance of the United Nations, its agencies, and the greater international community.

Regardless of the methods used to control population and whether they are imposed or self-imposed, strict secrecy and deception have been necessary to prevent the masses from discovering the bitter truth that for the past 68 years they have been the object of a silent and global offensive, a campaign of attrition that has turned the basic elements of life into weapons of mass infertility and selective death.

Without our knowledge or consent, governments the world over have subverted our reproductive freedom and ability to procreate to achieve ambitious and necessary demographic objectives and in the process have committed the most odious and wide-sweeping crimes in human history to save mankind from even greater evils: nuclear annihilation, mass starvation, and environmental devastation.

The birth of nearly two billion people has been prevented and the death of half a billion hurried. While these goals have been intentional, the architects of the Global Depopulation Policy have unintentionally undermined the genetic and intellectual endowment of the human species and have set back eons of natural selection. Their intentions have never been malevolent, but the unintended results of their actions are frightening.

Author Kevin GalalaeIt is the task of this book to reveal this silent offensive’s secret methods and insidious means, which make up the world’s greatest con, so that an awakening to the dire realities we face will prompt each and every human being on earth to demand a share of the responsibility and population control can be legislated across the globe, with little or no resistance, for the next three generations or until our numbers are sufficiently low to allow humanity to live in balance with nature and at peace with itself.

This is the only way our children will have a future and a life of dignity.

Kevin Galalae is the Founder of The People’s Protection Force, FreedominEducation.org ​
​
Killing Us Softly

By The Sleuth Journal

The insights for this article, which is a prelude to a forthcoming book, came to me during a 75-day hunger strike while in pre-trial detention in Canada for my defense of human rights. During these 75 days I lost 55 pounds or 27% of my initial body weight and came within an inch of death in my attempt to compel the Canadian government and by extension the international community to stop their devastating methods of population control and adopt worldwide legislation instead.

The Canadian authorities watched me wither from 206 to 150 pounds and hoped that I would die. To keep my hunger strike secret they prevented me from seeing the International Red Cross and the Canadian media remained silent throughout. Despite my sacrifice, the Canadian authorities and the international community did nothing to stop the depopulation genocide. To this day, it proceeds as it has for the past 65 years, with complete disregard for human life and dignity.

Since its inception in 1945, the Global Depopulation Policy has never been exposed, even though over the course of seven decades it has gradually come to affect every human being on the planet. It has been concealed from the world at great cost in human life and treasure because it constitutes crimes against humanity that are without parallel in human history. This is the first time the Global Depopulation Policy is exposed. What you are about to read is forbidden fruit.

The following pages will forever alter your outlook and understanding of the world and of your fellow human beings.
​
Save / Download

is a human rights activist and political exile who has renounced both his Canadian and Romanian citizenships and chosen statelessness in protest against the trampling of our rights and liberties in the name of counter-terrorism and radicalization.

He has launched legal action against the governments of Canada and the UK at the European Court of Human Rights for violating academic freedom and free speech in universities and has exposed a covert program of surveillance and censorship in the UK and the EU that was adopted to stifle democratic debate, manufacture consent and man the ranks of governments, international organizations and civil society with sycophants, moral degenerates and social deviants.

In retaliation, the governments of Canada and the UK have arrested Kevin five times, have confiscated his intellectual and physical property and have forcibly separated him from his children, forcing him to flee Canada in order to save his life and freedom.

Most recently, Kevin has exposed the pivotal component of the New World Order, the depopulation agenda and the chemical and biological means by which governments are waging low-intensity sub-lethal warfare on their people in order to fulfill demographic objectives that favour the elites and damn the rest of mankind to intellectual and physical degradation and ultimately to genetic extinction. 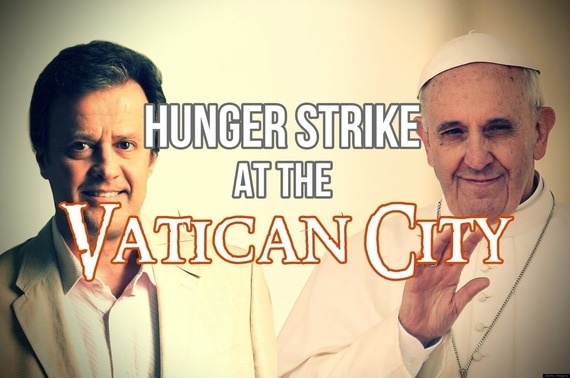 By The Sleuth Journal

“I dedicate this book to mankind and the cleansed world and age of innocence it will engender to my sons, Benjamin and Oliver Galalae, who have been torn away from me by the forces of evil that have aligned themselves against humanity. It is the love of my children and the struggle to be reunited with them that have given me the courage and the strength to confront the enemies of mankind.”

Wherein I will prove beyond a reasonable doubt, through statistical, demographic and comparative data, that water, salt and milk fluoridation have been deliberately employed by governments throughout the world from the end of World War II onward for one and one purpose only, depopulation, and that as a result some 30% of the lineages subjected to fluoridation have been rendered infertile and have already died out or are in the process of dying out. This planned and scientifically-driven genocide, justified in the minds of our leaders by the overpopulation imperative, is a substitute for war, which has been made impossible by the mutually assured destruction of nuclear weapons.

Over the past 60 years, the depopulation agenda has grown into a global program that involves the vast majority of the world’s governments and the entire international community, the result of which there are few places in the world where our children can drink water and milk or eat salt without serious repercussions on their ability to procreate, the genetic quality of their offspring if they do succeed, their mental and intellectual integrity, and their general health. If allowed to continue, the fluoridation genocide will annihilate the majority of mankind within a few generations and reduce those who survive to mental retardation and severe genetic degradation, making life undesirable and long-term survival impossible.

As of 2001, the war waged on us by our own governments has entered a new and far more destructive phase through the adoption of genetically modified organisms, the newest weapon of mass destruction in the arsenals of our governments. This new phase was augured by the staged and catalytic event of 9/11 and has our rapid annihilation, in advance of the impending oil shortage, as its objective. The time has come to put our leaders on trial for crimes against humanity, punish them severely for poisoning us and our children for sixty years, and change their murderous world order before we are too weak to resist.

The time has also come to reclaim our bodies and our minds from government control and to use our freedom to exercise self-restraint on the reproductive front by virtue of a newfound global consciousness that is devoid of prejudices and driven solely by the love for our children and for the planet we share. Should we fail to rise to the occasion, we will deserve to be exterminated and by default allow those who could and did organize across borders, and who for better or worse did take proactive measures, inherit the Earth. 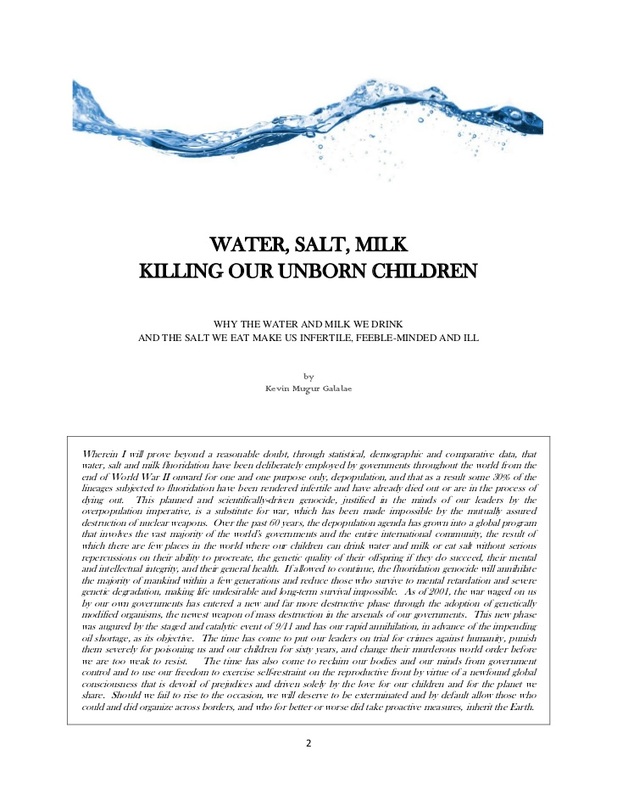 “Water, Salt, Milk: Killing Our Unborn Children” and of numerous articles published by The Sleuth Journal, Cryptome, Wikispooks, The Oslo Times and other media outlets.

This document will change the world and save more lives than anything and anyone in history.