Has History Been Tampered With?

"Based on the applied by us mathematical methods it was proved, that the Scaligerian chronology, and therefore also the Scaligerian history of the "antiquity" and the Middle Ages, is totally wrong.

Moreover, it appeared that our history right up to the end of the XVI century was consciously falsified at the epoch of the XVII-XVIII centuries." 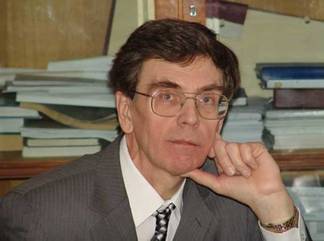 Has History Been Tampered With?

The new monumental research by A. T. Fomenko, Doctor of Physics and Mathematics,
literally rips our perception of the history of humankind to shreds, providing some incredibly sound scientific materials as evidence to his theories.

The "experienced reader" shall naturally shrug off this rather straightforward suggestion of ours as ridiculous. After all, we know everything about history.

Our sources? Egyptian, Roman and Greek, but mostly Roman. Well, for the most part. Give or take a few hundred inconsistencies which are to be blamed on the ignorance of the scribes.

Good heavens, our Roman sources are just as thin and ephemeral. Where does our knowledge of history really come from? Shall we stop and think for a minute?

Yet another crackpot theory? Most probably. It contradicts everything we ever read in our textbooks in school. It must be rubbish.

However, Garry Kasparov, the world chess champion (in case someone needs to be reminded) says the following about these venerable sources of knowledge that we are accustomed to trusting unconditionally in his foreword to the first volume of this edition:

" . . . reading history textbooks is by no means sufficient; one has to analyse the "historical evidence" that one is offered critically, using one's common sense, as it were."

We shall give several more choice quote from Kasparov's preface to the Book of Heresies (as modern historians like to refer to it informally:

"Everything keeps on changing, we see constant evolution -- from Columbus to the landing on the Moon, from crossbows to nuclear bombs. Forwards and upwards. However, the traditional ancient history tells us of periods when humanity apparently remained dormant for centuries -- "ancient" Egypt, the mediaeval "Dark Ages" -- whole epochs of utter stasis in human thinking".

"The Romans couldn't so much as master steel metallurgy, and that is hardly an invention at all, it just requires the diligent work and experimentation of a number of generations".

Created finally in the XVI century A.D. and accepted today chronology and history of the ancient and medieval world, evidently contains big mistakes.

Many outstanding scientists understood it and discussed during a long period of time. But it appeared to be a difficult task to build a new, non-contradictory concept of chronology.

Starting from 1975 a group of mathematicians, mainly from the Moscow State University, were engaged in the development of this problem. Interesting results were received and published both in scientific periodical print and in separate monographs.

We underline, that new concept of chronology is based, mainly, on analysis of historical sources WITH THE METHODS OF MODERN MATHEMATICAL STATISTICS and vast COMPUTER CALCULATIONS.

The task of chronology is to put in order the events into proper way on a temporary scale based on the available information. This task naturally fits into the field of applications to modern mathematical statistics, theory of information.

The methods of humanities, one of which is history, are not enough for solving chronological issues. New chronology imposes another psychological picture of perception of the antiquity. Now the word "antiquity" should be connected with XV-XVII centuries A.D. that is with the events, distant from us on 300-400 years.

Expression "high antiquity" should now relate to the XIII-XIV centuries A.D. And the words "the highest antiquity" – are already the XI-XII centuries A. D. BEFORE THE X-XI CENTURIES A.D. THE EPOCH OF SILENCE OF WRITTEN DOCUMENTS COMES. (See the book RECONSTRUCTION).

Our analyses of the chronology and history opened a striking circumstance. Based on the applied by us mathematical methods it was proved, that the Scaligerian chronology, and therefore also the Scaligerian history of the "antiquity" and the Middle Ages, is totally wrong.

Moreover, it appeared that our history right up to the end of the XVI century was consciously falsified at the epoch of the XVII-XVIII centuries.

Their versions of those ancient images flood our minds and in most cases, they are chiseled into our sub-conscience as a direct consequence of how the past has been presented to us by the experts. If they get it wrong, we all get it wrong, and we never really know about it or question it.

All you have to do is take a history book from 50 years ago and compare it to the way in which those historic events are presented in our present time. You will be fascinated to see how much they differ. Scientists and leaders are equally guilty of shaping people’s ideas of things around them. In most cases scientific discoveries are based on interim results based on hypotheses, theories, speculation and faith in the eventual outcome, as much as theologians carry their blind faith towards their god. In the Dark Ages people really believed that the world was flat.

One hundred years ago, people were told by leading scientists that man would never be able to fly. Churches and other religious organizations have kept secrets from their followers for reasons only they seem to be able to justify. There is much to be said for the existence of a myriad of secret societies and yet with all their supposed power and influence, the world is perched on the verge of self-destruction.

The damage that has been caused over millennia will take much undoing, to allow humans to free their minds and allow themselves to think for themselves with the real knowledge that has been kept from them by authorities and especially the religious leaders, most of whom have been brainwashed to a large extent by their own lack of knowledge.

http://www.chronologia.org/en/
Consciousness Science Kept Hidden
This movie explodes many of the myths that will open your mind up to new possibilities and no matter how long it takes you to watch the entire film, make sure you do so (or I guess you can skip to the end if you want to cheat) but there's some real priceless information about stem cells and the effect of the environment on the genetics.