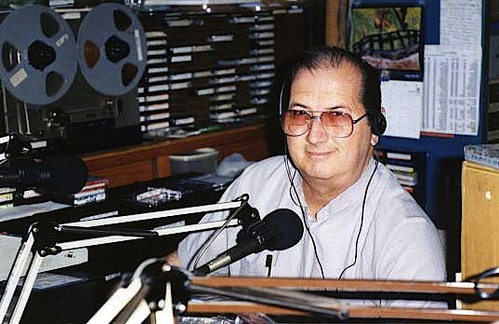 The origin of religion can generally be traced to the ancient Near East and classified in three basic categories: polytheistic, pantheistic and monotheistic. Atheism is really a modern belief that resulted from the "Enlightenment" period of the 18th century.

The origin of religion and polytheistic systems: Polytheism (a belief in many gods) is thought to have originated with Hinduism in about 2500 BC. Hindu beliefs were recorded in the Bhagavad Gita, which revealed that many gods were subject to a supreme Brahman god. Polytheism was also the religion of many other ancient cultures, including Assyria, Babylonia, Egypt, Greece and Rome.

The ancient polytheistic belief systems viewed gods as being in control of all natural events such as rainfall, harvests and fertility. Generally, polytheistic cultures believed in sacrifices to appease their gods. For instance, the Canaanites sacrificed to the male god, Baal, and his female counterpart, Ashteroth. Baal controlled the rain and the harvest, while Ashteroth controlled fertility and reproduction. The Greeks and Romans developed polytheism to a highly structured pantheon of gods and goddesses.

The origin of religions and pantheistic systems: Pantheism (a belief that all is God) prevailed in numerous ancient cultures. The belief that the universe itself was divine was typified in the Animism beliefs of the African and American Indian cultures, the later Egyptian religion under the Pharoahs, and Buddhism, Confucianism and Taoism in the cultures of the Far East.

Pantheistic beliefs are also finding resurgence among various New Age movements. Generally, pantheism is the principle that god is everything, and everything is god. Therefore, nature is also part of god. We must be in harmony with nature. We must nurture it and be nurtured by it. Mankind is no different than any other animal. We must live in harmony with them, understand them, and learn from them, focusing on the relationship between mankind and the elements of nature.

The origin of religion and monotheistic systems: Monotheism (a belief in one God) is the foundation of the Judeo-christian-muslim line of religions, which began with a man named Abraham in about 2000 BC. From this point in history, God began revealing Himself to the world through the nation of Israel. The Jewish Scriptures record the journey of the Israelites from slaves in Egypt to the "promised land" in Canaan under the leadership of Moses.

​During a period of about 1500 years, God revealed what became the Old Testament of the Bible, relating the history of Israel with the character and laws of God. During the period of the Roman Empire, Jesus Christ was born in Bethlehem as the long-awaited Messiah. The ministry of Jesus ended in about 32 AD with His crucifixion and resurrection.

​After Christ's ascension into heaven, the Christian church grew in His name and the New Testament was written. About 600 years later, Muhammad began preaching in Mecca. Muhammad believed he was the ultimate prophet of God, and his teachings became the precepts of Islam as recorded in the Qur'an.

Woman in Religions
​
Many - many centuries ago, men realized women had a powerful connection to nature, not only via their ability to give birth, but their intuitive nature.

When the Religious movements started, it was started by men who wanted to control the masses. The power of women were a threat to them. They knew that they could not as easily control people with the intuitive wisdom and power of women to teach people that each of us has an equal connection to God.

These men decided to portray women's intuitive nature as 'evil' and they decided as well, to portray them as the lesser sex in the eyes of god, who could only reach god via the male. In this way, they could dis empower women and create the patriarchal control over the masses they sought.

That is why in the Crusades they burned the Women's temples in which they taught many mysteries of nature, sexuality and intuitive sciences. That is why they burned women who grew gardens with healing herbs and women who displayed healing power. They wanted people to think only 'god' could heal. They said women's powers were of the 'devil' so they could subdue them and sustain their control.

People have been taught for centuries, interpreting bible stories to justify their opinions, that women are lesser than men. They don't realize why they were taught this. They believe it is God's opinion.

How can women's rights be respected when, in their heart of hearts, men do not believe women, being the lesser sex, HAVE been sanctioned these rights by God?

We are talking about a very dark, archaic form of ignorance that, in 2015 is still playing out in the political issues of the day.

Now, women are realizing their true place in our culture and defying this ancient ignorance. However, for women who are a part of a religion that teaches that women are lesser than the man, this is quite a challenge.

The Essene Origin of Christianity

The Origin of Christmas, Easter and Halloween

Jordan Maxwell - The Root of All Religions
http://jordanmaxwell.com/index.html 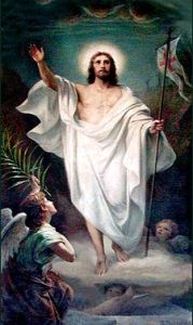 Today from Sandy Bay, Maine to San Diego, California, Americans will done their Sunday Best, attend a religious service, and enjoy the Spring air while their kids search for candy and eggs. A  joyous celebration on both the Christian and secular calendar, it wasn’t always that way — or maybe it was.

Easter was looked on with some skepticism by the ultra-religious Puritan sect when they showed up at Plymouth Bay. According to author Steve Englehart, these earlier settlers had bona fide religious reasons to eschew the holiday. “They knew that pagans had celebrated the return of spring long before Christians celebrated Easter…for the first two hundred years of European life in North America, only a few states, mostly in the South, paid much attention to Easter.”

It took the Civil War to bring Easter celebrations to the American parade of holidays. Starting about 1870, Christian families began to commemorate the holiday with brightly colored eggs and small treats for the kids.   Churches in the South saw Easter as a source of hope for an American spirit beaten down by four years of civil war and its aftermath of grief. Easter was called “The Sunday of Joy,” and war widows  traded the dark colors of mourning for the happier colors of spring.

The Bible’s story of Christ’s resurrection was the basis for the celebration which coincides with the Jewish Passover. In the fact, the Biblical origins of Easter were decidedly Jewish.

Acts 12:1 tells us that King Herod began to persecute the Church, culminating in the brutal death of the apostle James by sword. This pleased the Jews so much that the apostle Peter was also taken prisoner by Herod. The plan was to later deliver him to the Jews. Verse 3 says, “Then were the days of unleavened bread.” The New Testament Church was observing these feast days described in Leviticus 23. Verse 4 of Acts 12 explains: “And when he [Herod] had apprehended him, he put him in prison, and delivered him to four quaternions [sixteen] of soldiers to keep him; intending after Easter to bring him forth to the people.”

The word “Easter” in Acts was clearly referring to the days of Passover. The word translated “Easter” is the Greek word “pascha”(derived from the Hebrew word pesach; there is no original Greek word for Passover). It always means Passover.

But the festival likely has origins before the Hebrew feast of Passover. Two thousand years before the accepted birth of Christ, ancient Babylonians were marking the beginning of Spring with a gala celebration honoring the resurrection of the god, Tammuz, who was killed by a wild boar. Tammuz was returned to life by his mother/wife, Ishtar (after whom the festival was named) with her tears. Ishtar was actually pronounced “Easter.”

Ishtar was quite the racy goddess, as historians Will and Ariel Durant explained in their monumental work, The Story of Civilization:

“Ishtar …  interests us not only as analogue of the Egyptian Isis and prototype of the Grecian Aphrodite and the Roman Venus, but as the formal beneficiary of one of the strangest of Babylonian customs…known to us chiefly from a famous page in Herodotus: Every native woman is obliged, once in her life, to sit in the temple of Venus [Easter], and have intercourse with some stranger.”

Need anyone wonder why the ancient Hebrews would want to amend this legend and the Puritans to forget about it all together? They didn’t consider Babylon “the mother of harlots and abominations of the earth” for nothing.

Another theory, adopted by the Roman Catholic Church, is that Easter celebrations have their linguistic origins in the Anglo-Saxon fertility rites of the goddess, Eastre. “Since Bede the Venerable (De ratione temporum 1:5) the origin of the term for the feast of Christ’s Resurrection has been popularly considered to be from the Anglo-Saxon Eastre, a goddess of spring…the Old High German plural for dawn, eostarun; whence has come the German Ostern, and our English Easter” (The New Catholic Encyclopedia, 1967, Vol. 5, p. 6).

But what about Easter eggs? How did they enter the mix? Christians have always used the egg to symbolize the rock tomb from which Jesus emerged into new life. But the symbolism predates the Christian era. Pagan theology considered the egg as a symbol of Spring’s rebirth from Winter. (Francis X. Weiser, Handbook of Christian Feasts and Customs, p. 233). The Egyptians had a slightly different spin considering the egg the symbol of the passage of life from one generation to the next.

“Eggs were hung up in the Egyptian temples. Bunsen calls attention to the mundane egg, the emblem of generative life, proceeding from the mouth of the great god of Egypt. The mystic egg of Babylon, hatching the Venus Ishtar, fell from heaven to the Euphrates. Dyed eggs were sacred Easter offerings in Egypt, as they are still in China and Europe. Easter, or spring, was the season of birth, terrestrial and celestial.” (Egyptian Belief and Modern Thought, James Bonwick, pp. 211-212)

The pagan tales of gods and goddesses was quite an ecumenical affair with many civilizations sharing the same deity but branding each with a different name that suited their populations. Thus Ishtar became Astarte to the Greeks and Ashtoreth to the Jews. Nimrod, the Biblical figure who built the city of Babylon (and was mentioned in Genesis) is another example. He was worshiped as Saturn, Vulcan, Kronos, Baal,  and Tammuz by succeeding civilizations but the story remained more or less intact for centuries.

Easter thus is an international affair going back centuries and spanning civilizations from the Babylonians to ourselves. Who says things really change?

So Happy Ishtar, Eastre, or Easter Day to us all!

UPDATE: In her comment, Elaine M mentions the ubiquitous Easter Bunny. I neglected him/her and I’m sorry. The Easter Bunny seems to have it origins in ancient Babylon, too. Seems the god, Tammuz was noted to be especially fond of rabbits, and they became sacred in the ancient religion. Because Tammuz was believed to be the son of the sun-god, Baal. Tammuz, like his father, became a hunter and his favorite prey was–you guessed it– the Ishtar Bunny.  And the legend kept going … and going … and going. A lot like a bunny we know today! 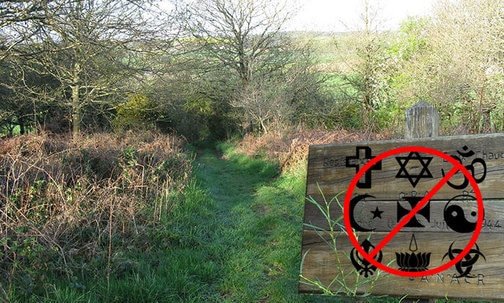