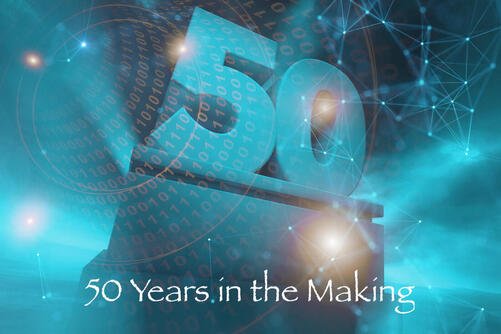 ALL THE PROOF is Here

50 Years in the Making

This is the movie

​where they admit they are using actors ...

This is a Training Exercise!

and most other countries agreed to run this Pandemic!

Download File
In their report ... they planned to release a GLOBAL PANDEMIC!
​
View the WHO Document here.

Is a “Live Exercise”

Trump Retorts “I Wish You Would Have Told Us”Can someone please explain exactly what is going on here?

United States Secretary of State Mike Pompeo had a slip of the tongue while addressing the American people from the White House when he stated that COVID-19 is a live military exercise.

“This is not about retribution,” Pompeo explained. “This matter is going forward — we are in a live exercise here to get this right.”

@realDonaldTrump is mad that the deep state took control through Continuity of Government, there has been a coup?

With a disgusted look on his face, President Trump replied: “You should have let us know.”

Military Exercise meaning (from Wikipedia): “A military exercise or war game is the employment of military resources in training for military operations, either exploring the effects of warfare or testing strategies without actual combat. This also serves the purpose of ensuring the combat readiness of garrisoned or deployable forces prior to deployment from a home base.”

What is actually going on here? Does the White House care to explain? 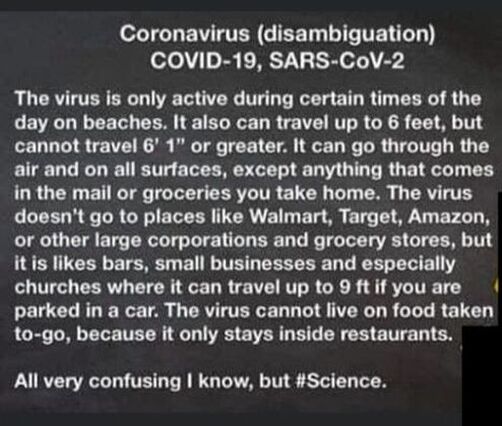 for aligning with Bill Gates whom she says

is guilty of crimes against humanity​

​​🌸
Gates guilty of crimes against humanity:

The most important speech ever done was just delivered by an Italian MP.

In this speech she calls out the Italian President for being in cooperation with Bill Gates:

We, the people, will build the fires of resistance to such an extent it will not be possible to repress all of us. I ask you, leader (of parliament), to be our spokesperson who will give advice to President Conte: Next time you receive a phone call from the "philanthropist" Bill Gates, forward it directly to the International Criminal Court for crimes against humanity. If you won't do this for us, tell us how we should define you, the "friendly lawyer" who takes orders from a criminal.

Hobbes said that absolute power does not come from an imposition from above, but by the choice of individuals who feel more protected renouncing their own freedom and granting it to a third party. With this you are goin(g) on anesthetizing the minds with corrupted mass media, with disinfectant, and NLP, with words like "regime", to "allow" and "permit" to the point of allowing you to regulate our emotional ties and feelings.

So in this way, phase 2 is nothing other than the execution/continuation of phase 1. you just changed the name, as you did with the European Stability Mechanism (ESM). We have understood that people, for sure, don't die from the virus alone. So people will be allowed to die and suffer for other reasons thanks to you and your laws - for misery and poverty - and as in the "best" regimes, the blame will be dropped only on citizens.

You take away our freedom and say that we asked for it. Divide and conquer.

It is our children who will lose more, who are RAPED SOULS, - raped with the help of the -so called- "guarantor of their rights" and of Cisma - (the Italian Coordination of Services against Child Abuse.)

In this way, the right to school will be granted only with a bracelet to get them used to probation, to get them used to slavery - involuntary treatment and to virtual enslavement. All this in exchange for a push scooter and a tablet. All to satisfy the appetites of a financial capitalist who's driving force is the conflict of interest, conflict well represented by the WHO, who's main financier is the well known "philanthropist and savior of the world": BILL GATES.

We all know it, now.

Bill Gates, in 2018, predicted a pandemic, simulated in October 2019 at an event called "Event 201", together with Davos, Switzerland. For decades, Gates has been working on depopulation and dictatorial control plans, on global politics, aiming to obtain supremacy on agriculture, technology, and energy. Gates said, (I quote exactly from his speech:)

"If we do a good job on vaccines, health, and reproduction, we can reduce the world population by 10-15%, only a genocide can save the world" With his vaccines, Gates managed to sterilize millions of women in Africa, Gates caused a polio epidemic that paral(y)zed 500, 000 children in India, and still today with DTP, Gates causes more deaths than the disease itself and does the same with his sterilizing GMO's, designed by Monsanto and "generously donated" to needy populations by Gates.

All this while he is alread(y) thinking about distributing the "quantum tattoo" for vaccine recognition, and mRNA vaccines as tools for reprogramming our immune system.

In addition, Gates also does business with several multinationals that own 5G facilities in the U.S.A. and on the same table there is the entire deep state in Italian sauce:

SANOFI, together with GLAXO (pharma) are friends of Raneiri, Guerra, Ricciardi, and of the well known virologist that we pay 2,000 Euros every 10 minutes for the presentations on Italian TV.
Sanofi and Glaxo sign agreements with medical societies to indoctrinate future doctors, making fun of their autonomy of judgement and their oath.

High tech multinationals, like Roman engineering, which is allied with the noble Mantoan, or bending spoons of Pisano (ad campaigns for companies) are there for control and management of our personal medical records in agreement with the European Agenda ID 2020, an electronic identification system which aims to use mass vaccination to build a digital ID platform. ID 2020 is a continuation of the transfer of data to IBM, which was started by Renzi, who in 2016 gave an enormous contribution to the gates global fund, increasing it's funding by 30 percent.

At the deep state ta(bl)e there are the people of Aspen, like the Saxon Colao, who was paid 800 euros per hour for his reports, - reports which had no scientific review and subsequently dictated politics as a "Bilderberg general", staying well away from the battlefield.

On the list there is also Mediatronic, by Arcuri, and many more.

The Italian contribution to the International Alliance Against Coronavirus will be 140 million Euros, of which 120 million will be given to GAVI Alliance, a "non profit" created by the Gates Foundation. This is just part of the 7.4 billion received by the EU to "find a vaccine" against coronavirus - vaccines which, as I said - will be used by Gates.

There is no money, of course, for serotherapy, which has the collateral effect of being super cheap (this is prophalactic use of drugs like Ivermectin and chloroquine which condition the blood and prevent infection well into the future from only one dose) - no money for prevention, real prevention, which takes into consideration our culture, our food, and our ability to move freely in the environment.

The real goal of all of this is total control. Absolute dominion over all people, who will be transformed into guinea pigs and slaves who have no sover(e)ignty and free will. All of this thanks to tricks and hoaxes disguised as political compromises while they rip up the Nuremberg code with involuntary obligations, fines, and deportation via facial recognition and intimidation endorsed by dogmatic "scientism" that will be protected by our "multi president" of the Republic who represents the real cultural disease of this country.

We, the people, will build the fires of resistance to such an extent it will not be possible to repress all of us. I ask you, leader (of parliament), to be our spokesperson who will give advice to President Conte: Next time you receive a phone call from the "philanthropist" Bill Gates, forward it directly to the International Criminal Court for crimes against humanity. If you won't do this for us, tell us how we should define you, the "friendly lawyer" who takes orders from a criminal.