​​🌸
Deception of the Ages

​Needed to Our Survival 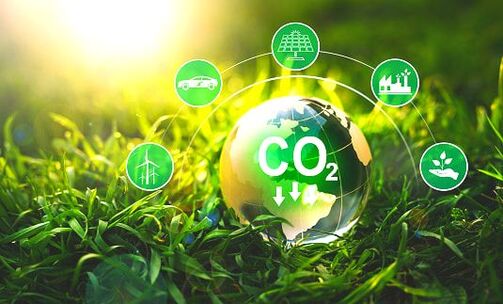 of the Norwegian Center for Studying Apocalyptic Science (NCSAS).
​🌸​

"The Science Has Changed"

Already, news outlets around the world have announced that "the science has changed"
and that every coal plant, monster truck, private jet, fracking drill,
and gas-powered leaf blower must be turned on immediately to save humanity
from a frozen tundra of death. 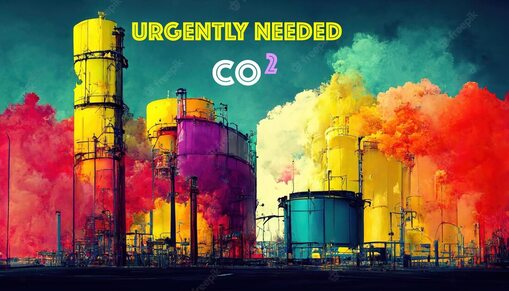 for an Ice Age

and We Have to Pump as Much CO2 as Possible into

🌸
WORLD — In a stunning reversal from decades of scientific consensus, scientists have now revealed that the planet is hurtling toward a devastating ice age and that we need to pump as much CO2 into the atmosphere as possible or we're all going to die.

"Welp, it looks like we may have made a few minor miscalculations," said Dr. Bjørn Jarlnjørd of the Norwegian Center for Studying Apocalyptic Science (NCSAS). "I think we may have forgotten to carry the '1' somewhere or something, I'm not really sure. But the long story short is that the planet is actually cooling and we're all going to freeze to death if we don't all start our SUVs and rev them around the clock immediately."

Already, news outlets around the world have announced that "the science has changed" and that every coal plant, monster truck, private jet, fracking drill, and gas-powered leaf blower must be turned on immediately to save humanity from a frozen tundra of death. "We were wrong!

​God help us, we were so wrong!" said a shivering Neil deGrasse Tyson as he fired up his gas-powered generator. "Why were we afraid of the very chemical we breathe out? It's food for plants! It's natural! What have we done?!"

Governments are responding too, already having acted quickly to ban all solar and wind power, and have promised thousands of new taxes and regulations which they promise will solve the problem somehow.

At publishing time, Elon Musk had offered his help with the announcement of a new gas-powered Tesla.
https://babylonbee.com/news/oh-no-scientists-determine-were-actually-headed-for-an-ice-age-and-we-have-to-pump-as-much-co2-as-possible-into-the-atmosphere-or-were-all-gonna-die
🌸

"Why were we afraid of the very chemical we breathe out?

It's food for plants! 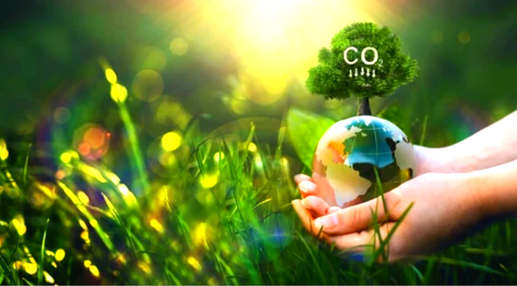 ​Carbon Dioxide Is Not a Pollutant

Falsehoods always go down more smoothly when mixed with truths. And they’re probably the most credible when told by people who don’t know they’re false—the sincerity factor, you know.

Well, the lead paragraph of a recent New York Times article is a model of just that:

I suspect author Lisa Friedman, who “reports on climate and environmental policy in Washington” and is a “former editor at Climatewire,” really believes everything she said there.

So what are the falsehoods? They come in two clauses: “effort to reduce planet-warming pollution” and “reducing carbon emissions.”


Pollutant, according to Mirriam-Webster’s, denotes “something that pollutes,” and to pollute is “to make physically impure or unclean” or “to contaminate (an environment) especially with man-made waste.” The Google online dictionary defines pollutant as “a substance that pollutes something, especially water or the atmosphere,” and pollute as to “contaminate (water, air, or a place) with harmful or poisonous substances.”

Carbon dioxide isn’t harmful or poisonous except at concentrations over a hundred times higher than its concentration in Earth’s atmosphere—levels that we’ll never approach by burning fossil fuels.

The real beef about carbon dioxide is that it probably makes Earth’s atmosphere warmer than it otherwise would be. That’s true, but the relevant question is, “How much?”

The answer driven by empirical observation (the essence of science) instead of computer models (which are hypotheses and must be tested by observation) is probably very little, and almost certainly not enough to cause harms (e.g., sea-level rise; more frequent or severe extreme hurricanes, droughts, floods, or other extreme weather events) that exceed benefits (e.g., longer growing seasons and wider growing ranges and hence more food production; diminished deaths from extreme cold, which kills ten times as many people per day as extreme heat).
​
Perhaps the CPP could be defended, and its demise mourned, if carbon dioxide’s warming effect were much greater, and the emission reductions achieved by it would prevent a good deal of that warming. But the reality is that even assuming a high warming effect from carbon dioxide, full implementation of the CPP, costing hundreds of billions of dollars, would have achieved no significant reduction in global temperature by the end of this century.

And then there’s the other thing carbon dioxide does in the atmosphere: it enables plants to grow. Indeed, the more of it there is, the better plants grow.

For every doubling of carbon dioxide concentration, there’s an average 35 percent increase in plant growth efficiency. They grow better in warmer and colder temperatures and in wetter and drier soils, make better use of soil nutrients, and resist diseases and pests better.

Some people object that the nutrient density of a few crops declines slightly with higher carbon dioxide concentration. That’s true, but most don’t suffer that, and the higher crop yields make compensating for that affordable, whether by eating a little more of the less-nutrient-dense food or by consuming other food or nutrient supplements.

The greatest benefit from the increased food production goes to the world’s poor. And that’s a good thing.

E. Calvin Beisner, Ph.D., is Founder and National Spokesman of The Cornwall Alliance for the Stewardship of Creation.
​
https://www.cnsnews.com/commentary/e-calvin-beisner/carbon-emissions-deception-no-carbon-dioxide-not-pollutant
🌸

on Deception of False

​Carbon Dioxide Is Not a Pollutant

What is Stefan - Boltzmann Law?

​What is Carbon Dioxide

🌸
Carbon dioxide, or "C-O-2", is naturally found in the form of a colorless, odorless gas on Earth. It is made of three atoms - one carbon atom, and two oxygen atoms. The molecule is held together by covalent bonds, which means electrons are shared between the atoms.

CO2 makes up about four percent of our atmosphere, and it freezes at about minus one hundred ten degrees Fahrenheit. Frozen carbon dioxide is commonly called dry ice. Because it takes such a high pressure to turn carbon dioxide into liquid, when dry ice warms up, it turns directly from a solid to a gas in a process known as sublimation.

​Carbon dioxide is a rich source of the element carbon, the most important "building block" for life on earth. Green plants use carbon dioxide during photosynthesis. They turn the carbon into the sugar, glucose, during a process called "fixation."

Animals are then able to use this glucose for energy. Burning fossil fuels like coal, oil, and natural gas release carbon dioxide into the atmosphere.

Carbon dioxide is very useful to humans. It is used to extinguish fires, and it makes the bubbles in soda and other carbonated drinks.

Carbon dioxide from yeast and baking soda makes baked goods rise and CO2 even makes the holes in Swiss cheese!

​The right balance of carbon dioxide is imperative to our survival.