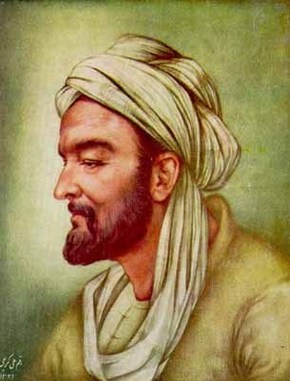 In 1929, a group of historians found an amazing map drawn on a gazelle skin. Research showed that it was a genuine document drawn in 1513 by Piri Reis, a famous admiral of the Turkish fleet in the sixteenth century.

His passion was cartography. His high rank within the Turkish navy allowed him to have a privileged access to the Imperial Library of Constantinople.

The Turkish admiral admits in a series of notes on the map that he compiled and copied the data from a large number of source maps, some of which dated back to the fourth century BC or earlier.

The Piri Reis map shows the western coast of Africa, the eastern coast of South America, and the northern coast of Antarctica. The northern coastline of Antarctica is perfectly detailed. The most puzzling however is not so much how Piri Reis managed to draw such an accurate map of the Antarctic region 300 years before it was discovered, but that the map shows the coastline under the ice. Geological evidence confirms that the latest date Queen Maud Land could have been charted in an ice-free state is 4000 BC.

The official science has been saying all along that the ice-cap which covers the Antarctic is million years old. The Piri Reis map shows that the northern part of that continent has been mapped before the ice did cover it. That should make think it has been mapped million years ago, but that’s impossible since mankind did not exist at that time.

Further and more accurate studies have proven that the last period of ice-free condition in the Antarctic ended about 6000 years ago. There are still doubts about the beginning of this ice-free period, which has been put by different researchers everything between year 13000 and 9000 BC.

The question is: Who mapped the Queen Maud Land of Antarctic 6000 years ago? Which unknown civilization had the technology or the need to do that?

It is well-known that the first civilization, according to the traditional history, developed in the mid-east around year 3000 BC, soon to be followed within a millennium by the Indus valley and the Chinese ones. So, accordingly, none of the known civilizations could have done such a job. Who was here 4000 years BC, being able to do things that NOW are possible with the modern technologies?

Published on Nov 20, 2016Wikileaks Photos, John Kerry Visit and UFOs in Antarctica:
Just days after the shocking U.S. presidential election, Secretary of State John Kerry became the highest-ranking U.S. government official to ever set foot on Antarctica (although there are rumors President Obama made a secret visit there earlier this year).

This documentary short is a complex presentation of recent U.S. and Russian visits to Antarctica, the Nazis, and Hollow Earth, including its importance in Nazi Germany before and during WW2, and Antarctica's possible escape route off of the Earth for many Nazi's who mysteriously disappeared after the war without a trace. Few know the truth about Antarctica, as it is an expanse of land that has gone unnoticed for centuries. But not by the Nazis...They knew the truth...

The Nazis believed there might have been a civilization inside the Earth. This was the belief of Helena Blavatsky, who profoundly influenced the Nazi's philosophy and esotericism. There is an abundance of evidence to suggest that a theory now considered dumb to most people, the hollow Earth, had an unusual cult following in Nazi Germany.

German pop figures and writers also supported this idea, including one writer named Karl Neupert. The Earth was not a solid rock, but was shaped more like a human eyeball, having two portals of entry at the North and South poles and was hollow in the center. An empire was alleged to exist inside the Earth called Agartha. This is where the master race dwells.

Why was this? The Nazis did not create the hollow Earth concept. The idea preceded them. Even illuminati members Edgar Allen Poe and Jules Verne alluded in their poetry and prose to such a place, deep underneath the crust. Call it conspiracy, but the Nazi's led three expeditions to Antarctica, and Admiral Richard Byrd, who led Operation Highjump, suggests that "bases" were established in Antarctica by the Nazis. They were doing something down there. Was the continent an escape for them?

Now, Obama visited Antarctica in March, and he was preceded by Patriarch Kirill of Russia. Simultaneous to Obama's visit to the South Pole, his director of CIA, James Clapper, made a secret trip to Australia, another country with heavy interest in Antarctica.

Kirill offered a strange blessing of Antarctica, calling the barren land an "ideal for human kind" because there were no weapons down there or any type of science experiments. Except, we know that is not true at all: there are multiple scientific expeditions that have gone to Antarctica: this was confirmed in an interview with Richard Byrd, who said that the region would become the center of scientific inquiry directly after WW2. What did he mean by this?

Link to the complete & incredible documentary on the subject: https://vimeo.com/ondemand/rvhitler

Please visit http://www.rense.com/ for updates and information you will never see on Fox News!

Pyramids Found At The South Pole

​🌸
I remember thinking how strange it was that John Kerry traveled to the South Pole on Election day.  Of all times for him to leave…on Election day…strange.

Obama recently visited also, so there must be something to see there.  I do know they have recently discovered pyramids.  You can see them from Google Earth.  It is said Aldrin was looking at the photo of these structures when he tweeted the very strange tweet.  It was deleted several hours later.

His words: “We are all in danger.  It is evil itself.” and showed a photograph of a pyramid locatedat the South Pole as show here.

As has been reported by worldwide media, US Secretary of State John Kerry recently traveled to the South Pole, allegedly to become better informed about “Climate Change.”

Kerry was the highest ranking US government official ever to visit the South Pole, and his visit struck many as unusual. Few saw any purpose whatsoever to sending America’s top Diplomat to the farthest reaches of the earth to see . . . ice.

I believe now that both Kerry and Aldrin went to the South Pole to view the pyramids.

The first photos of the structures appear, and then you have both men headed that way. Aldrin while there became ill and had to be flown out and to a hospital.

While he was at the hospital, he made the cryptic tweet, and days later he died.
​
Former astronaut Buzz Aldrin (left) has been treated in hospital by Doctor David Bowie


‘I started to feel a bit short of breath so the staff decided to check my vitals. After some examination they noticed congestion in my lungs and that my oxygen levels were low which indicated symptoms of altitude sickness,’ he said in a statement.

‘This prompted them to get me out on the next flight to McMurdo and once I was at sea level I began to feel much better.’

He also thanked those who aided him in evacuation and treatment.

Aldrin was advised to remain in hospital in Christchurch, NZ, until the fluid on his lungs cleared.

On Tuesday afternoon Dr Bowie told him he would only have to spend another day or two until he was released.
​
Ms Korp had earlier tweeted: 'Thank heavens doctor is David Bowie. You can't make this stuff up'.
Read more: 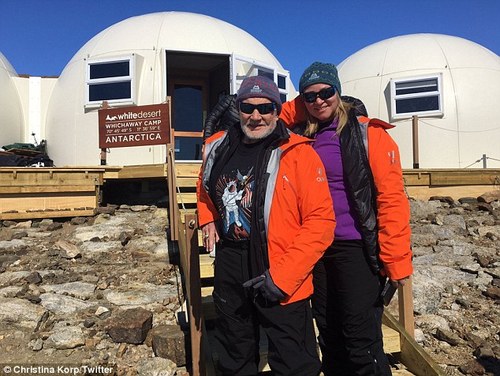 As the Lunar Module Pilot on Apollo 11,
​he was one of the first two humans to land on the Moon, and the second person to walk on it.

He was a former U.S. Air Force officer with the Command Pilot rating.

​"The Moon Landing was Faked"
http://actionnews3.com/buzz-aldrins-death-bed-confession-moon-landing-faked/ 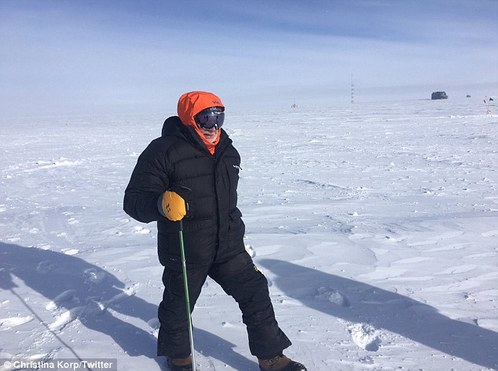 ​Before being evacuated, Aldrin managed to reach the South Pole,

​becoming the oldest person to do so - at age 86

"We are all in Danger. It is evil itself"

His words: "We are all in danger.  It is evil itself."

and showed a photograph of a pyramid located at the South Pole as show here. 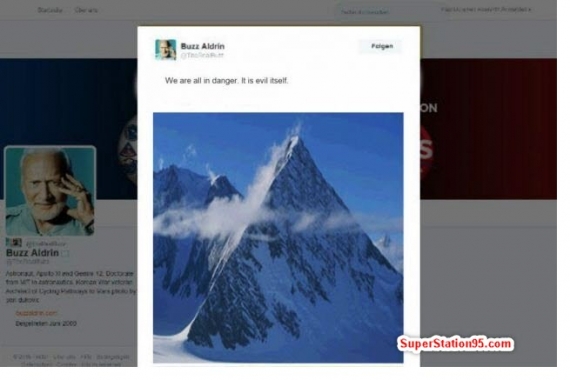 Mr. Aldrin seems to be referring to this object, as seen in an serial photo from Google Earth: 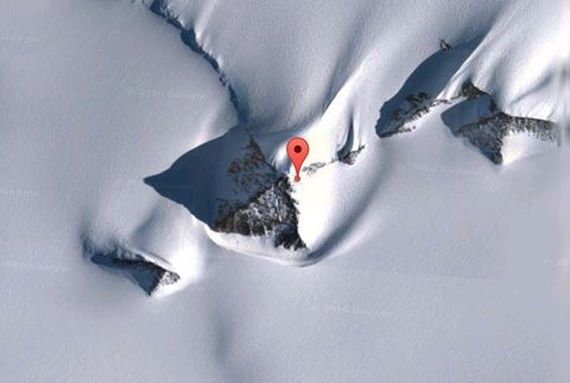 The "pyramid is located not far from the United Kingdom's
​
"Princess Elisabeth Station" at the South Pole, as shown in this photo, below: 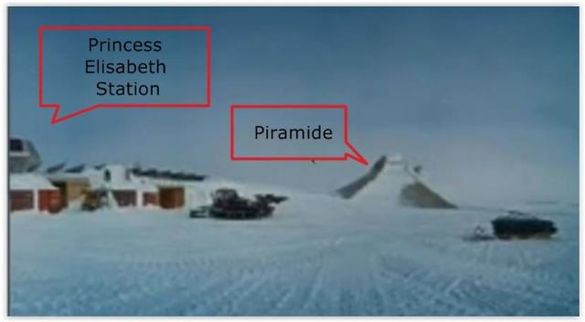 As has been reported by worldwide media, US Secretary of State John Kerry recently traveled to the South Pole, allegedly to become better informed about "Climate Change."

Kerry was the highest ranking US government official ever to visit the South Pole, and his visit struck many as unusual.

​Few saw any purpose whatsoever to sending America's top Diplomat to the farthest reaches of the earth to see . . . ice

Now, with Buzz Aldrin's tweet, and its strange deletion, folks are wondering if sending America's top Diplomat to no-man's land, perhaps had something to do with Diplomacy after all.  Is there some entity there with which we need Diplomatic contact?

If so, why did Buzz Aldrin warn that we are all in danger?  Why did he call it "Evil itself?"

If there is something at the South Pole which may be "evil itself" then let humanity know about it so we can all decide upon a course of action to deal with it; even if the decision is to leave it be.

But since a trusted and respected Astronaut has told us "We're all in danger" then whatever is there, has just become ALL of our business to decide what to do.

More on this developing story as information becomes available.

​THE MOON LANDING WAS FAKED
http://actionnews3.com/buzz-aldrins-death-bed-confession-moon-landing-faked/