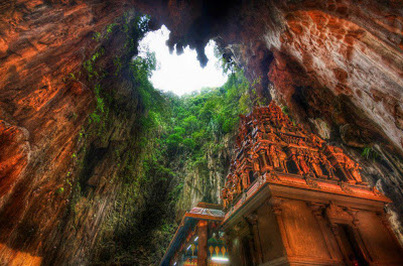 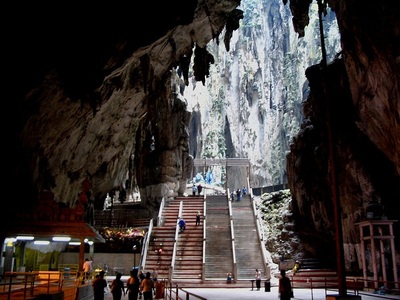 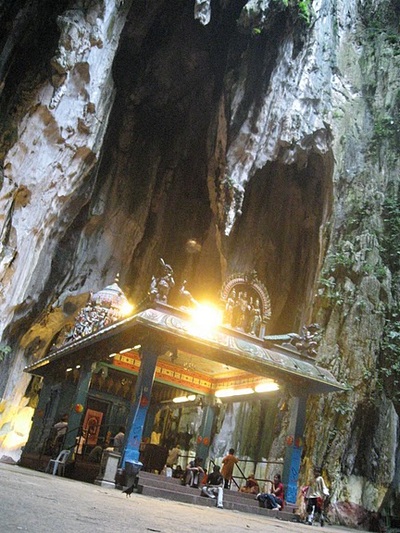 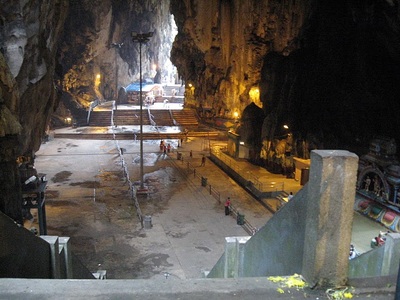 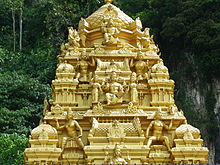 http://en.wikipedia.org/wiki/Batu_Caves#Religious_site
Batu Caves is a limestone hill, which has a series of caves and cave temples, located in Gombak district, 13 km north of Kuala Lumpur, Malaysia. It takes its name from the Sungai Batu or Batu River, which flows past the hill. Batu Caves is also the name of the nearby village.

At the base of the hill are two more cave temples, Art Gallery Cave and Museum Cave, both of which are full of Hindu statues and paintings. This complex was renovated and opened as the Cave Villa in 2008. Many of the shrines relate the story of Lord Murugan's victory over the demon Soorapadam.

The Ramayana Cave is situated to the extreme left as one faces the sheer wall of the hill. On the way to the Ramayana Cave, there is a 50-foot (15 m) tall statue of Hanuman and a temple dedicated to Hanuman, the noble monkey devotee and aide of Lord Rama. The consecration ceremony of the temple was held in November 2001.

The Ramayana Cave depicts the story of Rama in a chronicle manner along the irregular walls of the cave.

A 42.7-metre (140 ft) high statue of Lord Murugan was unveiled in January 2006, having taken 3 years to construct. It is the tallest Lord Murugan statue in the world. 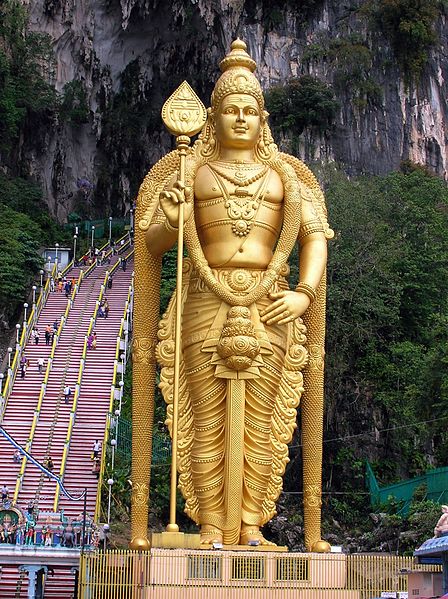