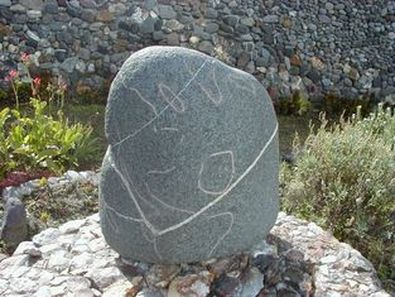 The Ancient Map of Atlantis

This stone world map was found in 1984 while gold digging in Ecuador in an underground tunnel system with other 350 artifacts which do not really fit any known and existing South American pre-Columbian culture. On the back side you can see the quartz line passing in the Atlantic, is a continent, Atlantis, which in our days does not exist anymore. 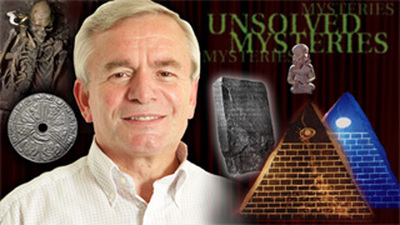 Klaus Dona from Vienna, Austria has a rare collection of out of place artifacts and incredible objects. Some of these objects and statuets are millions of years old and some of them display other unique properties that place them in an unknown category.

Where do they come from and who made them?  Around the World we find evidence for giants and giant skeletons found in La Mana Ecuador, world map stone and pyramid stone with thirteen steps crowned with an eye that glows under black light... 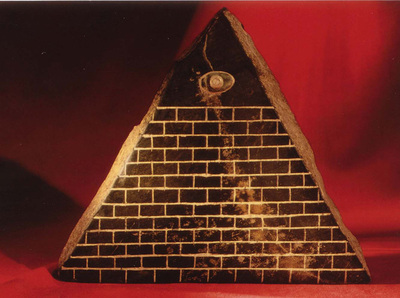 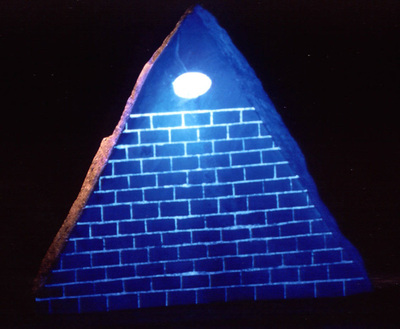 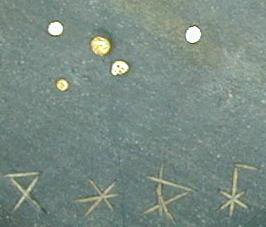 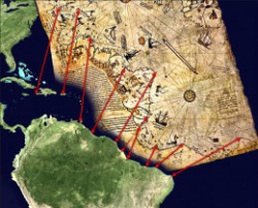 Here you can see the Piri Reis map which was used already long time before Christopher Columbus came to America and you can see how perfect this map was already in the beginning of the 16th century, showing part of Europe, of Spain, Portugal, part of Western Africa and also part of South America. We do not know until now[even now] who was able to make such a perfect map already centuries ago.
​
On the rest of the Piri Reis map, which we do not show on this picture, you can also see the Antarctic without ice. In 1956 researchers found out that the Earth under the ice mass at the Antarctic is exactly like the Piri Reis map was showing, so this Piri Reis map should be at least older than 10- to- 12,000 years. But the next question would be: Who was able to make such a wonderful world map? 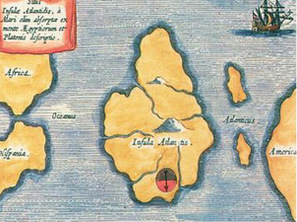 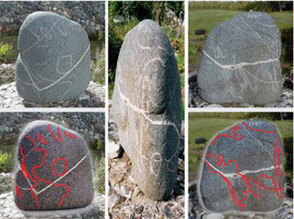 You can see on the left side down, [in the first photo of different maps; enlarged left] different sides of a huge stone world map

This stone world map was found in 1984 while gold digging in Ecuador in an underground tunnel system with other 350 artifacts which do not really fit any known and existing South American pre-Columbian culture.

On this stone map [left] is a natural quartz line, a white one. This is the front side of the world stone map, and you can see approximately in the Near East, close to Saudi Arabia. You can see an inlay as an eye and from this eye to the right and to the left is a natural quartz line going on the right side over India, Thailand. And also there is a long island on the right side which Professor Kimura's research gave him the statement that from the northest [northernmost] Japanese island until far down after Taiwan, once there existed a huge continent… but then this world map must be older than at least 10- to- 12,000 years.

Here is the back side and you can see on the right side coming the quartz line passing in the Atlantic a continent, Atlantis, which in our days does not exist anymore. Then the white line is crossing part of South America. 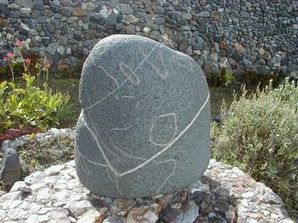 Here you have a close-up and you can exactly see the Bay of Guayaquil an inlay going up to North and a round inlay showing exactly the place where there were found those artifacts. And there is also the best quality water worldwide existing...