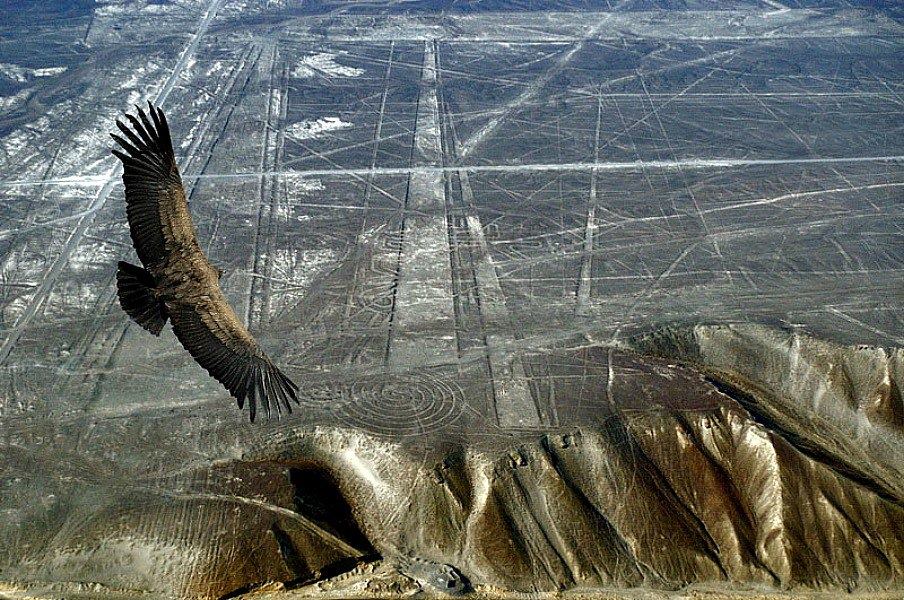 The high desert of Peru holds one of the most mystifying monuments of the known world—the massive-scale geoglyphs known as the Nasca Lines. Ranging from geometric patterns to “drawings” of different animals and stylized human-like forms.

The ancient lines can only be truly taken in, their forms discerned, from high in the air, leaving generations mystified as to how these precise works could’ve been completed long before the documented invention of human flight.

Are the lines signs left by an alien race? Landing strips for UFOs? Relics of a ancient people far more advanced—capable of human flight—then previously imagined? Etched, as if by giants, onto the arid moonscape of Peru’s southern desert lies one of man’s greatest mysteries; the Nasca Lines. More than 15,000 geometric and animal-like patterns have been discovered criss-crossing the pampas like a vast puzzle. Who built them and what was their purpose?

Ancient racetracks, landing strips for aliens, or perhaps a giant astronomical calendar? And are the Lines connected to the gruesome discovery of large cache’s of severed human heads. Now, after decades of misunderstanding, modern archaeology may finally have the answer. 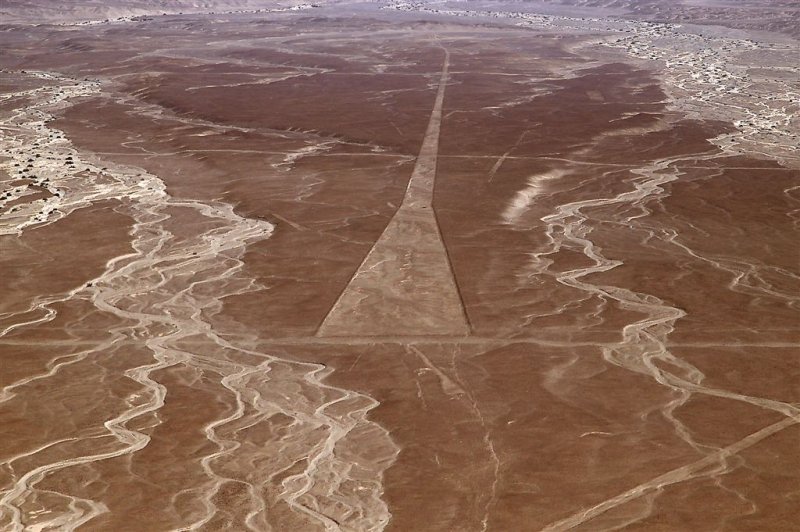