Wearing a Mask Shortens Our Life! 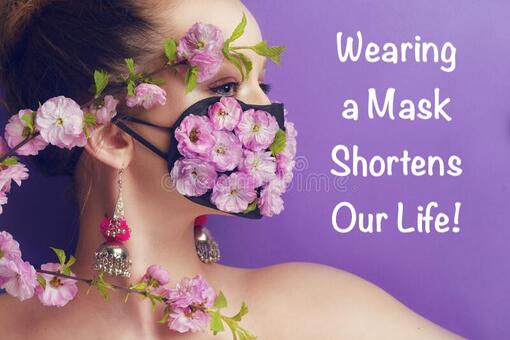 Did Scientists in Israel Prove

That Wearing a Mask Shortens Our Life?

​☀︎
Welcome to the war on breathing and smiles.

We can hardly leave our homes any longer while wearing a mask.

☀︎
​​
The CDC, WHO, & Fauci at one point have said that the masks are useless

( true to their nature, they reverse their statements constantly ).
☀︎

Here is some solid proof of

​what damage wearing a mask can cause ...

☀︎
In a recent study from Israel, scientists discovered that giving oxygen to the control group increased their life span...

How did they determine this? After oxygen treatments were administered, the length of the patients telomeres were measured.
☀︎ 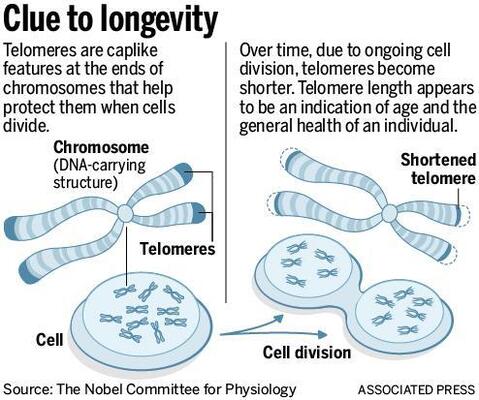 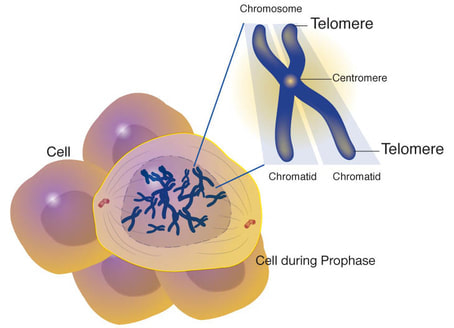 ☀︎
A telomere is the region of your chromosomes that protects the chromosome from deterioration (from time and toxins). In humans, average telomere length declines from about 11 kilobases  at birth to fewer than 4 kilobases in old age,

This study found that the length of the telomere grew with the people receiving oxygen.

What does this have to do with wearing a mask?

Masks cause hypoxia or reduction of oxygen to your body while increasing blood levels of CO2.

This has been proven in many studies ... and can be proven in your doctor's office. In fact when surgeons use a mask in an operation theater, extra oxygen is pumped into the area, to reduce the damage caused by the masks.

While masks may not stop a virus, it will block off the air flow to your mouth and nose. Many people at a doctors office, while wearing a mask, have said that their Blood Oxygen Level is always low when checked, with some being dangerously low. And the doctors know the cause: the mask.

They immediately  demand  the patient remove the mask immediately (ironically, they must put the mask back on in order to leave the doctor’s office, once again reducing oxygen).  If the mask is worn for long periods, Blood Oxygen can drop over %20 and even cause a loss of consciousness.

HOW CAN YOU INCREASE YOUR LIFE SPAN?

The Answer is Simple.

MASKS WILL SHORTEN YOUR LIFE ...

We do not have the equipment to administer oxygen in our homes, but, we do have the ability to

STOP WEARING A MASK!  HOW CAN YOU INCREASE YOUR LIFE SPAN?

A new study from Tel Aviv University (TAU) and the Shamir Medical Center in Israel indicates that hyperbaric oxygen treatments (HBOT) in healthy aging adults can stop the aging of blood cells and reverse the aging process.

​In the biological sense, the adults’ blood cells actually grow younger as the treatments progress.

The researchers found that a unique protocol of treatments with high-pressure oxygen in a pressure chamber can reverse two major processes associated with aging and its illnesses: the shortening of telomeres (protective regions located at both ends of every chromosome) and the accumulation of old and malfunctioning cells in the body.

Focusing on immune cells containing DNA obtained from the participants’ blood, the study discovered a lengthening of up to 38% of the telomeres, as well as a decrease of up to 37% in the presence of senescent cells.

The clinical trial was conducted as part of a comprehensive Israeli research program that targets aging as a reversible condition.

“For many years, our team has been engaged in hyperbaric research and therapy—treatments based on protocols of exposure to high-pressure oxygen at various concentrations inside a pressure chamber,” Professor Efrati explains. “Our achievements over the years included the improvement of brain functions damaged by age, stroke or brain injury.

“In the current study, we wished to examine the impact of HBOT on healthy and independent aging adults, and to discover whether such treatments can slow down, stop or even reverse the normal aging process at the cellular level.”

The researchers exposed 35 healthy individuals aged 64 or over to a series of 60 hyperbaric sessions over a period of 90 days. Each participant provided blood samples before, during and at the end of the treatments, as well as some time after the series of treatments concluded. The researchers then analyzed various immune cells in the blood and compared the results.

The findings indicated that the treatments actually reversed the aging process in two of its major aspects: The telomeres at the ends of the chromosomes grew longer instead of shorter at a rate of 20% to 38% depending on the cell type; and the percentage of senescent cells in the overall cell population was reduced significantly—by 11%-37% depending on cell type.

“Today, telomere shortening is considered the ‘holy grail’ of the biology of aging,” Professor Efrati says. “Researchers around the world are trying to develop pharmacological and environmental interventions that enable telomere elongation. Our HBOT protocol was able to achieve this, proving that the aging process can in fact be reversed at the basic cellular-molecular level.”

(due to sustained lack of oxygen supply)

The Answer is Simple

IF ADMINISTERING OXYGEN LENGTHENS YOUR LIFE,

We do not have the equipment to administer oxygen in our homes,

​but, we do have the ability to

Here are the articles: 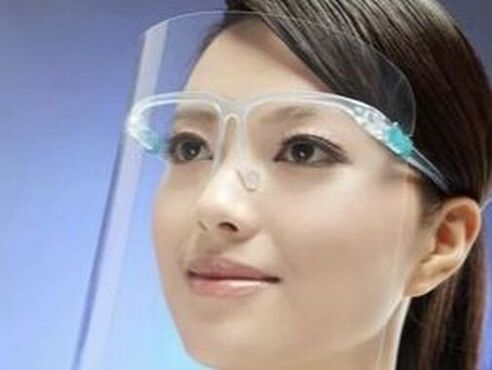 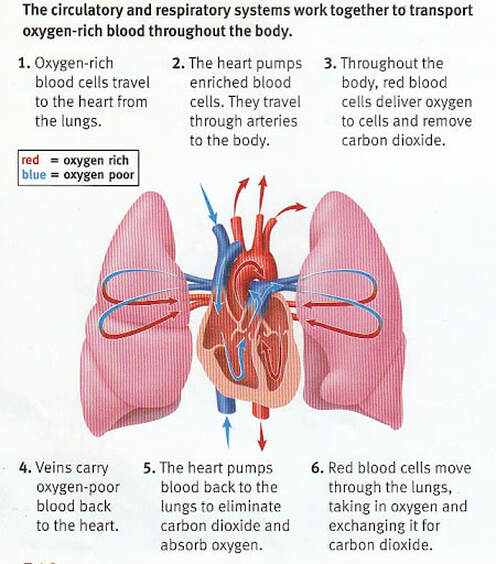 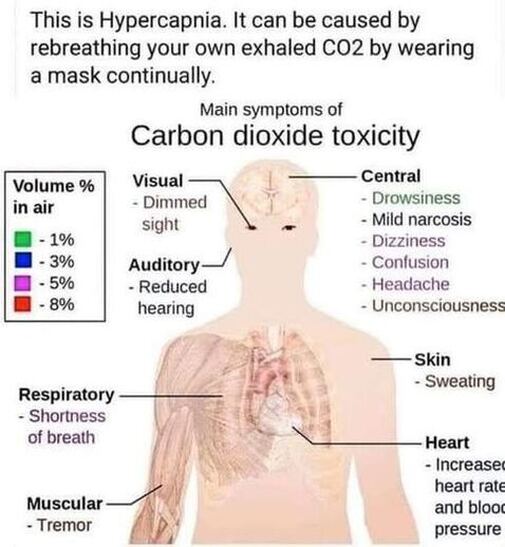 In the first comprehensive, peer-reviewed study the efficacy of face masks
to prevent the spread of Covid has been called into question.

Within the margin of error there is virtually no difference between a masked group
and an unmasked group, Danish scientists discovered.

Yet this major discovery about the virus is being completely ignored
by authoritarian governors who are demanding even MORE intrusive mask mandates.

Are we really following “the science”? Or politics… 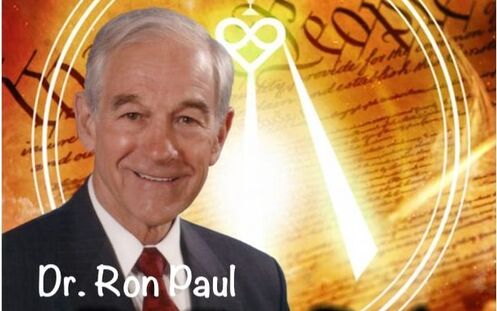 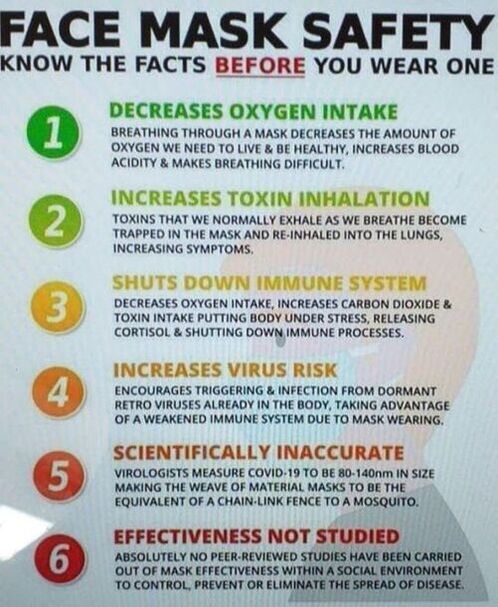 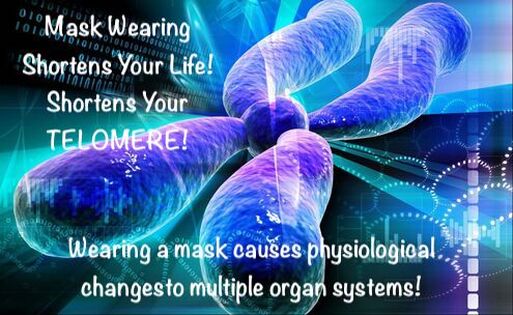 a Way to Reverse Aging

The therapy involves breathing pure oxygen in a pressurized chamber,

which causes blood and tissues in your body to become saturated with oxygen.

that occur when your body is starved of oxygen, known as hypoxia.

Wearing a mask will shorten our life! 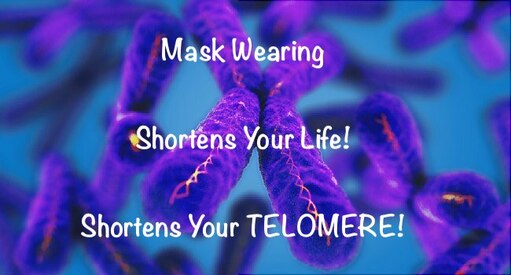 ​☀︎
A landmark study shows this age-old tech is the key.


The cure for aging has long been the Holy Grail of medicine. Emerging technologies, like the gene editing tool CRISPR, have opened the floodgates to what may be possible for the future of medical science. The key to slowing down aging, however, may lie in a simple and age-old technique.

For the first time, Israeli scientists showed the reversal of aging in two key biological clocks in humans, by giving patients oxygen therapy in a pressurized chamber. The results appear in the journal Aging.

As you grow older and your cells continue to divide, sequences of DNA at the end of chromosomes, called telomeres, gradually become shorter. Once the telomeres become too short, the cell can no longer replicate and eventually dies. This isn't necessarily a bad thing.

Telomere shortening can prevent rogue cancerous cells from multiplying uncontrollably, but unfortunately, this comes with the cost of genetic aging. These geriatric cells that can no longer divide are also known as senescent cells, which accumulate over the period of your life and are believed to be one of the leading causes of aging.

In a clinical trial, 35 healthy adults aged 64 and older received 60 oxygen therapy sessions daily over the course of three months. The scientists collected the subjects' blood samples prior to treatment, after the first and second months of the trial, and two weeks after the trial was over. None of the patients had any lifestyle, diet, or medication changes throughout the study, and yet their blood work showed significant increases in the telomere length of their cells and a decrease in the number of their senescent cells.

This isn't the first time doctors have put patients into pressurized oxygen chambers. Hyperbaric oxygen therapy (HBOT) has been used for almost a century to treat a number of illnesses, including decompression sickness in deep-sea divers and carbon monoxide poisoning.

The therapy involves breathing pure oxygen in a pressurized chamber, which causes blood and tissues in your body to become saturated with oxygen. Strangely enough, this can trigger similar physiological effects that occur when your body is starved of oxygen, known as hypoxia.

While previous research shows these effects can stimulate your brain and increase your cognitive abilities, this is the first study to show the therapy may also reverse aging.

“Since telomere shortening is considered the 'Holy Grail' of the biology of aging, many pharmacological and environmental interventions are being extensively explored in the hopes of enabling telomere elongation,” said study coauthor Shai Efrati, a professor at the Sackler School of Medicine at Tel Aviv University. He continued:

“The significant improvement of telomere length shown during and after these unique HBOT protocols provides the scientific community with a new foundation of understanding that aging can, indeed, be targeted and reversed at the basic cellular-biological level.”This also isn't the first time scientists have claimed to reverse aging.

"Until now, interventions such as lifestyle modifications and intense exercise were shown to have some inhibition effect on the expected telomere length shortening.

However, what is remarkable to note in our study, is that in just three months of HBOT, we were able to achieve such significant telomere elongation—at rates far beyond any of the current available interventions or lifestyle modifications," study coauthor Amir Hadanny, a neurosurgeon at the Sagol Center of Hyperbaric Medicine and Research in Israel, explained in the press release.

The therapy could be an inexpensive alternative to more intrusive treatments using pharmaceuticals.

​However, the idea of spending many hours per day in a pressurized chamber may turn away patients. Would you try it? 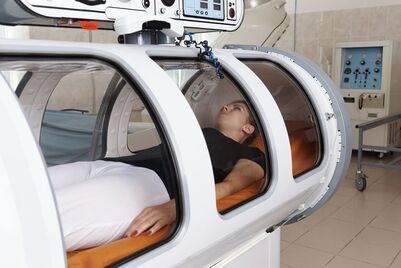 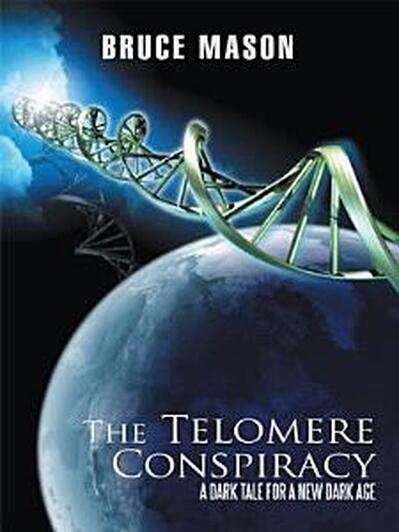 A Dark Tale for a New Dark Age

How will the world as you know it come to an end?

Call him Lou, please. His real name is Luigi Gubriace,

but he is better known as Lou Gubrious, a depressive independent investigator ...

​to investigate a mysterious series of isolated epidemics. 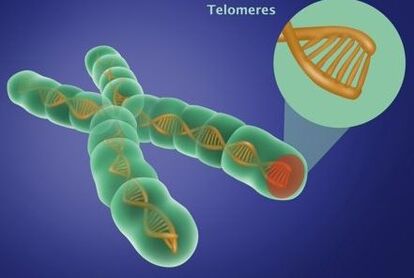