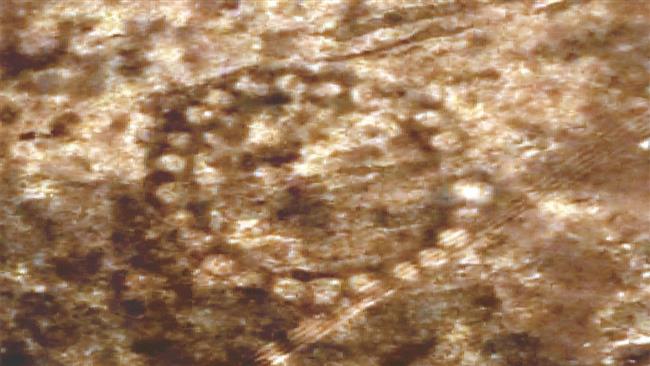 Revealed in NASA images
​
A satellite picture of a steppe in Kazakhstan shows strange colossal earthworks dating back to 8,000 years ago.

(NASA) has released satellite images of a desert in Kazakhstan in a bid to help uncover the mystery of a prehistoric settlement.

The images reveal stunning mega geometrical patterns created by long-gone unknown peoples in the vast empty steppe of Turgai region, located in the northern parts of the country, some 8,000 years ago.

The earthworks, a total of 260, are colossal figures of squares, crosses, lines and rings that can be recognized only from a very high vantage point.

The biggest of all, located near a Neolithic settlement, is a giant  400-meter square, composed of 101 raised mounds each about 12 meters across and one meter high.

How ancient people built such massive earthworks without the capability of mounting to a very high altitude to appreciate them and what they actually are remains a question.

“I’ve never seen anything like this; I found it remarkable,” said Compton J. Tucker, a senior biospheric scientist for NASA in Washington, who provided the archived images.

It has been suggested that the Mahandzhar culture, a Stone Age tribe living in the steppe from 7,000 BC to 5,000 BC, could have erected some of the older structures, whose purpose might never be known. 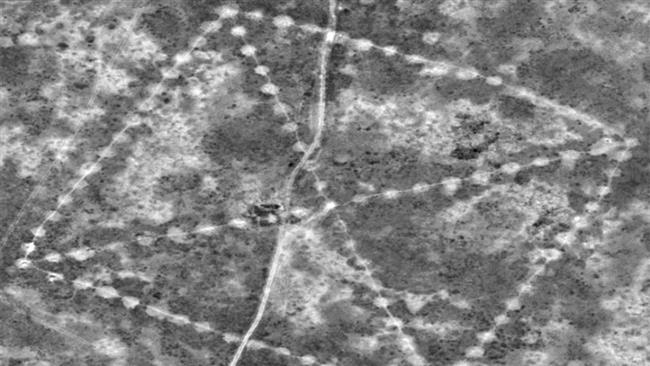 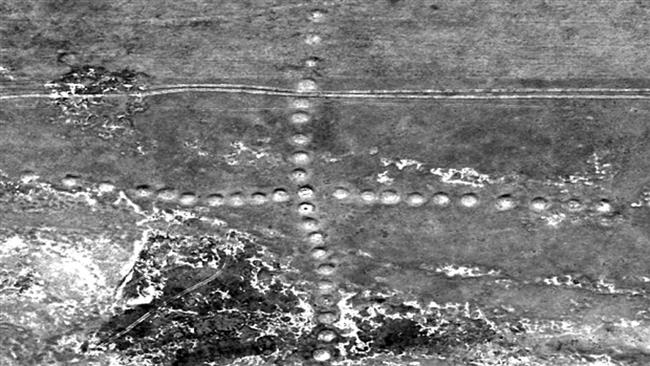 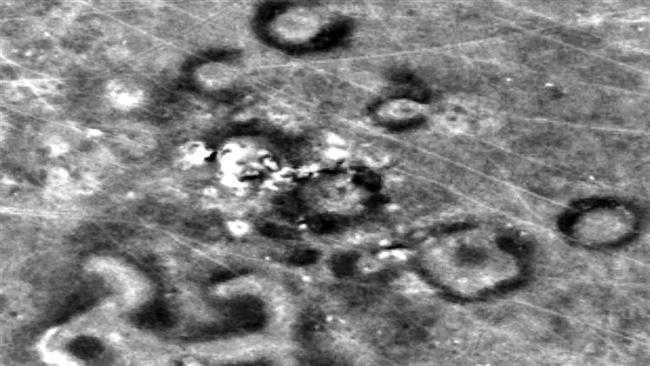 ​Archaeologists call them the Nazca lines of Kazakhstan – hundreds of giant geoglyphs formed with earthen mounds and timber found stretched across the landscape in northern Kazakhstan. They are designed in a variety of geometric shapes, including crosses, squares, rings, and even a swastika, a prehistoric symbol that has been in use for at least 12,000 years. Now NASA is helping to piece together this ancient landscape by using space-age technology to reveal more of the colossal earthworks, recognizable only from the air.

The New York Times reports that NASA released satellite photographs of some of the figures from about 430 miles (690 kms) up.

“I’ve never seen anything like this; I found it remarkable,” Compton J. Tucker, a senior biospheric scientist for NASA in Washington told The New York Times.

Around 50 geoglyphs were first spotted on Google Earth in 2007 – a number that has now reached 260 – but they have so far failed to draw significant funding for extensive research.   NASA’s interest in the geoglyphs may change this and help to mobilize support for further investigation.

Last year, a team of archaeologists from Kostanay University in Kazakhstan and Vilnius University in Lithuania investigated the giant structures using aerial photography and ground-penetrating radar. Their results revealed a wide variety of shapes ranging from 90 to 400 metres (295 to 1312 feet) in diameter, mostly made of earthen mounds, but one – the swastika – was made using timber.  Researchers have not yet dated the structures but their characteristics suggest they are between 2,000 years and 8,000 years old.

"As of today, we can say only one thing — the geoglyphs were built by ancient people. By whom and for what purpose, remains a mystery," said archaeologists Irina Shevnina and Andrew Logvin, of Kostanay University, in an email to Live Science in 2014.

Despite a plethora of research on these amazing creations around the world, the purpose of the geoglyphs continues to elude researchers and remains a matter of conjecture. Some scientists believe they are linked to the heavens with some representing constellations in the night sky.

Other experts believe that the lines played a role in pilgrimage, with one walking across them to reach a sacred place. Yet another idea is that the lines are connected with water, something vital to life yet hard to get in the desert, and may have played a part in water-based rituals. Archaeological excavations at the Kazakhstan geoglyphs revealed the remains of structures and hearths, suggesting that rituals took place there.

The ancient earthworks are concentrated around the region of Turgai in Kazakhstan.
“In the Cretaceous Period 100 million years ago, Turgai was bisected by a strait from what is now the Mediterranean to the Arctic Ocean. The rich lands of the steppe were a destination for Stone Age tribes seeking hunting grounds,” reports the New York Times.

“The Mahandzhar culture, which flourished there from 7,000 B.C. to 5,000 B.C., could be linked to the older figures. But scientists marvel that a nomadic population would have stayed in place for the time required to fell and lay timber for ramparts, and to dig out lake bed sediments to construct the huge mounds, originally 6 to 10 feet high and now 3 feet high and nearly 40 feet across.”

Pittsburgh University scientists Shalkar Adambekov and Ronald Laporte are currently working to get the area designated as a UNESCO World Heritage Site to protect the archaeologically important sites.

A protected designation may help preserve the ancient sites, and it seems to be sorely needed. In July it was reported by the International News Agency "Kazinform" that some of the unique glyphs had been irreparably destroyed by reconstruction of roads through the area. 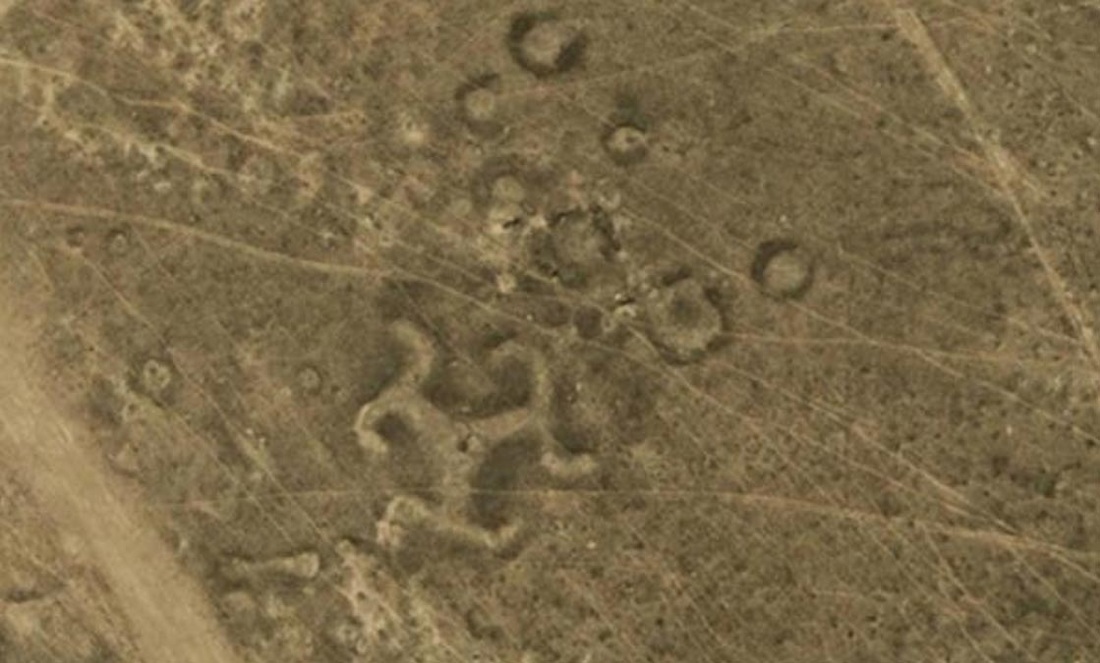